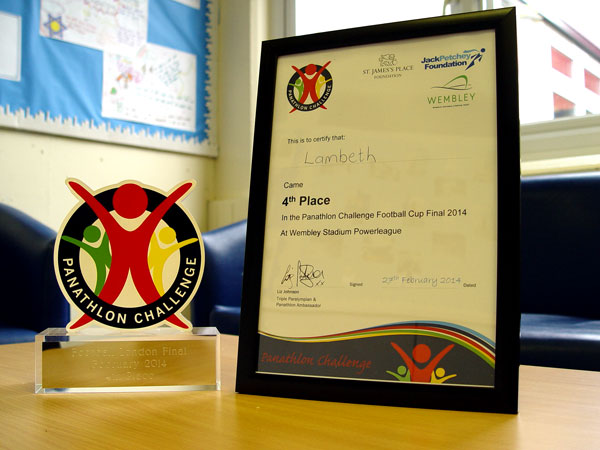 Sixteen young footballers were rewarded during our recent Friday morning assembly for their incredible achievement at the London Panathlon Football Tournament. Mr. Lee asked the players to step forward so that he could present them with the medals and trophy that they won whilst representing Lansdowne School.

This was the London Final where the most successful teams out of all of the London boroughs were selected to compete at the Wembley Power League. Lansdowne School performed exceptionally, finishing as the fourth highest school team in all of London.

Our reward was a fantastic football trophy to take back to Lansdowne School, as well as some individual medals for all of the team players.

Perhaps more importantly, Mr. Lee spoke of how proud he was in the way in which the pupils represented Lansdowne School during the sporting day out. All students listened to instructions, and worked together incredibly well as a team.

A couple of team members explain a little more about their big Wembley day out in the recording below.