Year 8 have been introduced to tchoukball during our recent PE lessons. The skills involved build upon the passing techniques that we have already mastered as part of our basketball learning. Lob passes, chess passes and bounce passes are all key to succeeding.

We started off the session with a warm up activity to remind us about the importance of teamwork. Two lines of attacking players formed on either side of the school playing court. A team of defenders was in the middle. Each attacking team had to pass the ball from a stationary position across to another attacker. Year 8 were encouraged to use the three key passing techniques that we have already been learning.

Before the main game started, Mr. Lee recapped on what techniques had been effective. As well as careful passes, eye contact and team communication were also needed. Mr. Lee spoke about the importance of looking and attracting the attention of a teammate with the ball.

The pupils then played a full game of tchoukball. The rules involved passing the ball around, and then scoring a point by bouncing the ball off a small net. Communication and talking to our teammates were important.

You can watch a short video of Year 8 demonstrating their tchoukball skills above. 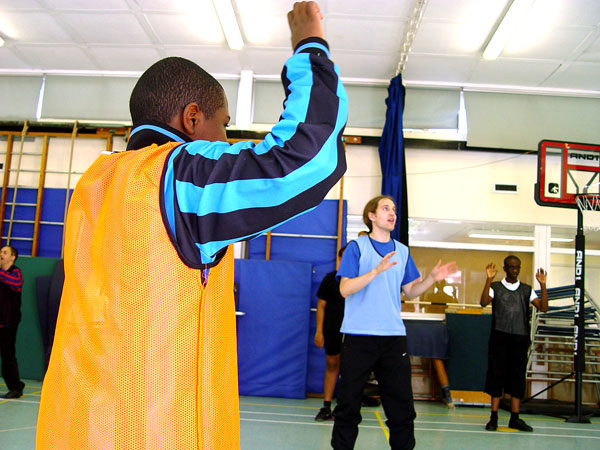