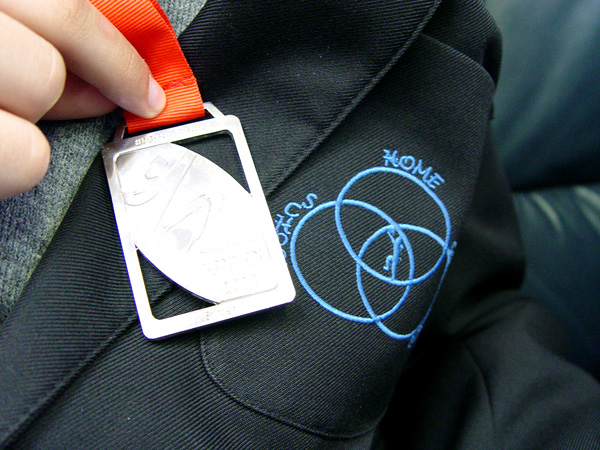 We had an extra special achievement to celebrate during a recent Singing and Signing assembly at Lansdowne School. Representatives from the school were successful at the London Youth Games Football Tournament. The girl’s football team reached the quarter-finals, whilst the boy’s team made it all the way to the final, losing 1-0 in extra time.

We joined together with our friends from Michael Tippett School and Larkhall School for the competition. The games were played at Hackney Marshes. This was a great opportunity not only to show our sporting skills, but also to work together with students from other schools.

Mr. Lee spoke during the assembly about how impressive both teams were. To make it through to the final was an outstanding achievement for the boy’s team. Both teams represented Lansdowne School with great maturity.

You can listen to a couple of the team members talking about their experience in the recording below.

listen to ‘Football Success at Lansdowne School’ on Audioboo

The weekly Singing and Signing assembly continued with a couple of popular Lansdowne songs being sung. Count on Me is always a strong favourite with the Lansdowne School Choir. Mikita was at hand with her superb signing skills; Nicola from Year 11 also helped to lead the Choir.

Miss Shelton chose Kenny as the Star Music Signer of the Week. As a reward, Umbrella was chosen by Kenny as the next song to sing.

Miss Tovey then handed our individual achievement certificates across all curriculum subject. Class 11JP was awarded the Class of the Week trophy for all the extra effort they have put into their GCSE exams.

We finished off by singing Happy Birthday to a couple of students and staff member Maria.

listen to ‘Singing and Signing Assembly’ on Audioboo