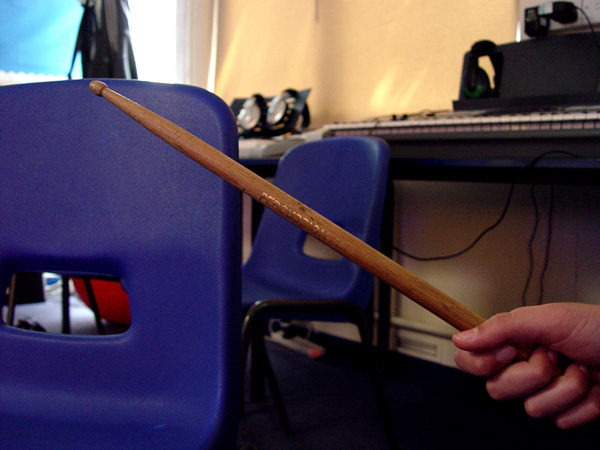 Year 10 have been experimenting with timbre as part of our continued music learning. Timbre refers to the different types of tone that we can hear in various instruments or other sounds.

To help us with this work we have been watching short clips from the Stomp musical production. This show uses different tone sounds being created using the human body as the main instrument. Year 10 were surprised to see how much timbre variation we can create with our own bodies.

The students will be using these observations to help compose their own short timbre piece of music during the remaining weeks of the summer term. Rhythm and structure are the two key components for the students to focus upon. We are also keen for Year 10 to think about varying quiet and loud sounds.

We started off this work by following some actions being carried out by Miss Shelton. Eight different body actions were completed, such as clapping our hands, clicking our fingers or stamping our feet. Each action was assigned a number. All students were able to copy this action in the correct sequence. We then moved on by mixing up the numbers, yet still keeping the rhythm and structure of the timbre.

Finally we finished this introduction to timbre by adding in some drumsticks. Using the inspiration from the Stomp video the students used some tables and chairs to play a short piece together. You can listen to this early introduction to Year 10 timbre in the recordings below.