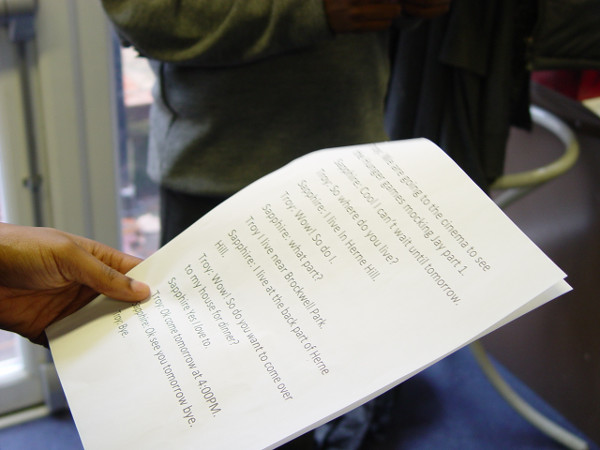 Year 9 have produced some wonderful drama work demonstrating a wide knowledge and understanding of many of the different skills needed when we are staging a piece of theatre.

This work has been inspired by our reading of the book The Boy in the Striped Pyjamas. This is an in-depth story based in Nazi Germany. A central theme is that of friendship.

We asked each class member to write their own script based around the idea of a new person joining a social group. The students were asked to think about the feelings for both the new and established people in the group. 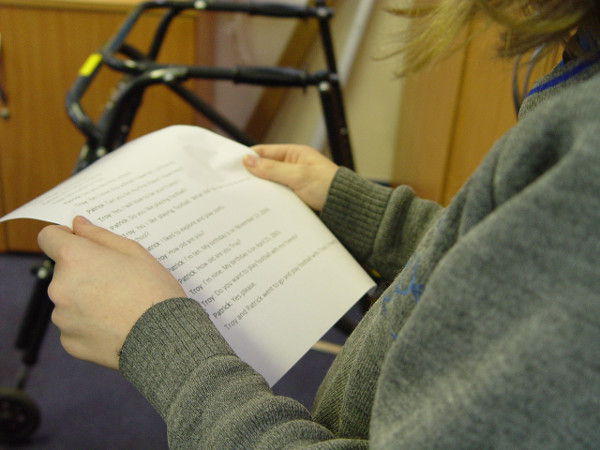 How can we make new people feel welcome?

What are some of the conversation problems that a new person might have to overcome?

How are we able to use conversation and body language to help identify with someone we have just met?

Some very thoughtful scripts were written by the Year 9 pupils. These were very professional containing the exact dialogue, as well as some stage instructions and notes for the actors.

We then asked some of the pupils to Direct their scripts. They were given a couple of other Year 9 actors to work with. The idea was for the Director to see their script come alive. Entry scenes, stage positions and body language all had to be considered.

We will be sharing these within our Year 9 group over the coming weeks. 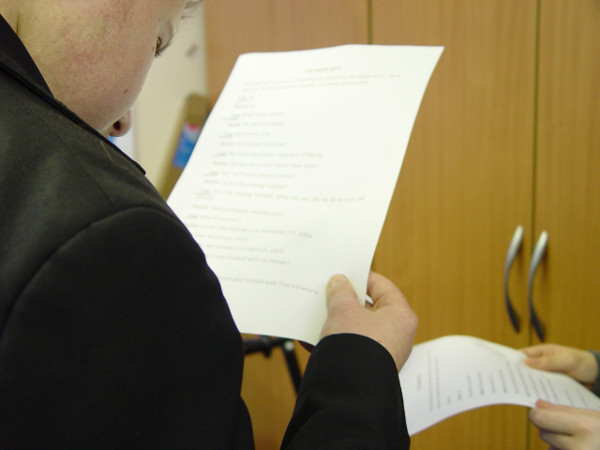