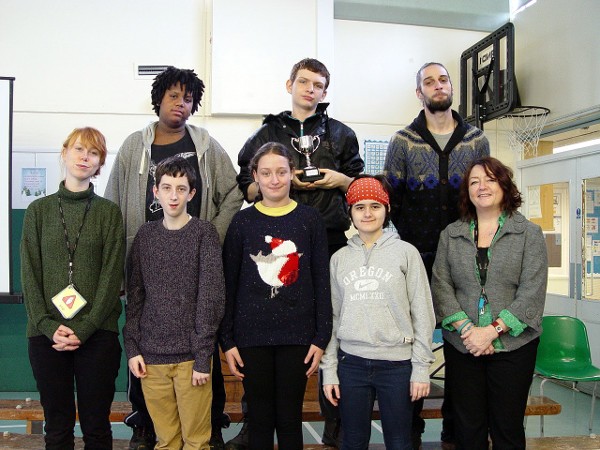 There was a joyous feeling in the last Singing and Signing Assembly ahead of the Christmas Concert. This was a final opportunity for all of the words and signs to be remembered ahead of inviting parents and carers into our school to help celebrate Christmas.

listen to ‘Signing and Signing Assembly’ on audioBoom

Santa Clause is Coming to Town was the first song that Miss Shelton asked the students to rehearse. The Lansdowne School Choir was as enthusiastic as ever with some helpful signers leading from the front.

Garry was then selected by Miss Shelton as the Star Signer of the Week. It was mentioned that Garry impressed everyone at a recent appearance by the Lansdowne School Choir at the South Bank Centre. Stand By Me is one of Garry’s favourite songs. He selected this as the next song to sing as his reward.

Miss O’Leary then awarded the Star Certificates of the Week. Even as we approach the end of a long term, it was commented that many fine examples of learning have continued to take place.

The Star Class of the Week trophy was then presented to Class 10CJ. The students achieved an amazing 100% success rate with their tick sheets. This means that for the entire week every class member achieved a maximum five stars for every lesson. This is the first time that this has ever happened at Lansdowne School.

We finished off our assembly by singing and signing happy birthday to David, Troy, Mikita and Amba who all celebrate their special day over the Christmas break.