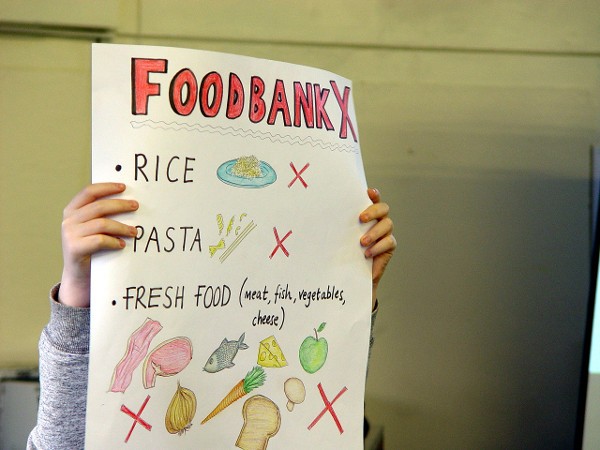 Year 7 staged a very special assembly for the rest of the school on the final day of teaching ahead of the Christmas break. This was the first time that the younger members of our school community have stood up and showcased some of their learning in front of the other year groups.

Many weeks of rehearsal had gone into preparing for our assembly. The theme was based on how we can help people in our local community, particularly over the Christmas period. 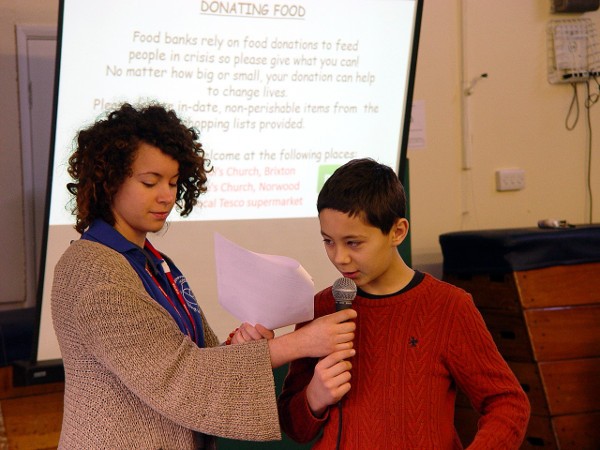 The pupils introduced more about the work of the Norwood and Brixton Food Bank. This is a place where people can donate items of food for others in the community who may be finding it hard to support their family.

Each class member from Year 7 read out a series of facts about the Food Bank. We used the school microphone system to help put across our points professionally and clearly. This was a very sensitive subject for Year 7 to address. The other pupils in the school listened carefully.

A short video was then played to back up the points that we made about the West Norwood and Brixton Food Bank.

Artwork was then displayed. Year 7 had created two very powerful posters. These showed the types of food that are useful to donate to a Food Bank, and others that might not be so appropriate.

Year 7 concluded their first Lansdowne assembly by saying that donating anything to a Food Bank is a fantastic way of supporting your local community. Miss O’Leary then thanked Year 7 for such a thoughtful class assembly, as well as the brave manner in which the work was presented.

You can listen to a short passage from the Year 7 assembly being read out in the recording below. 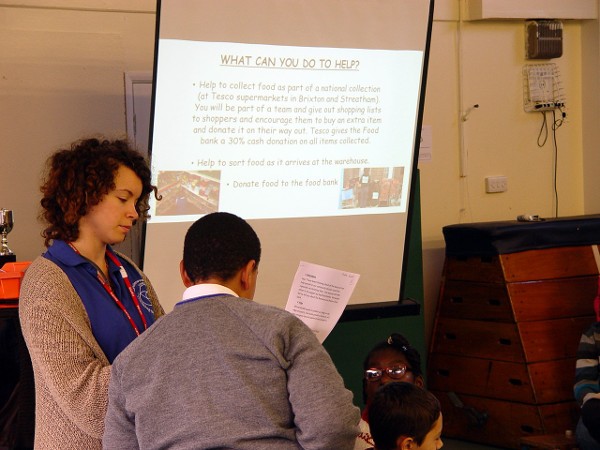 listen to ‘Year 7 Assembly’ on audioBoom