Year 7 have been learning about the different skills that we need to be able to play a game of hockey. These include dribbling, passing & receiving, and shooting & blocking. The pupils have been working on improving these techniques over the past three weeks. They are almost at the stage where a full competitive game of hockey can be played. 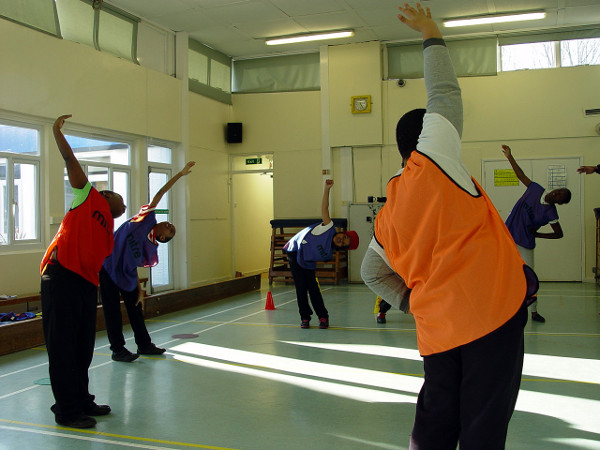 A recent PE session started with a short warm-up, and then Mr. Lee explained a little more about the three hockey workstations. The first challenge was to improve our dribbling skills. A series of cones were set up. Year 7 had to dribble the ball carefully around each cone. Guidance was given as to how we can hold the hockey stick to help improve our accuracy. 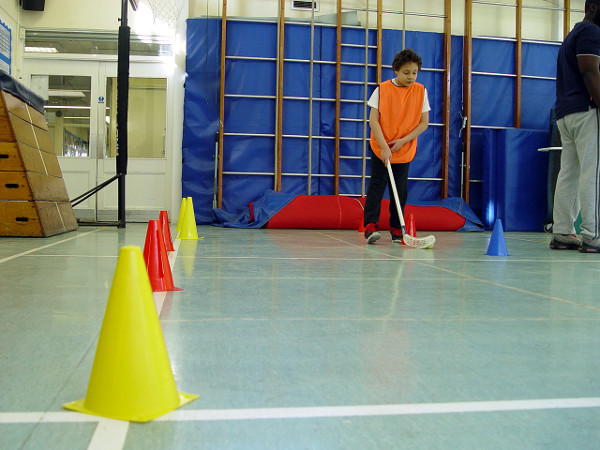 The passing and receiving workstation involved pairs of pupils passing the ball to each other. Mr. Lee explained how the key here was to be able to control the ball first, and then to pass it on to our team mate. The pupils also found that a better pass could be made if the hockey stick wasn’t raised too high off the ground. 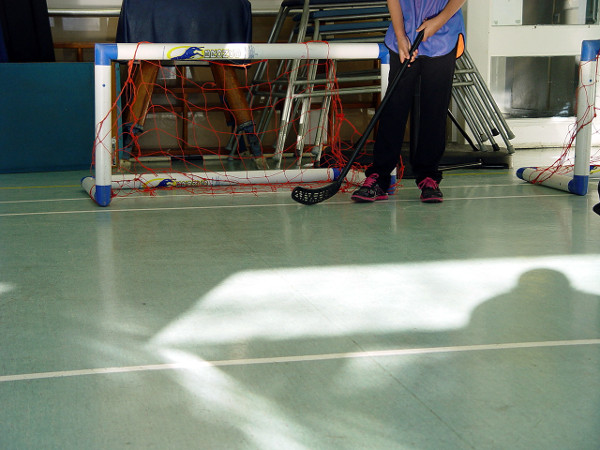 The final workstation helped to focus the shooting and blocking skills. Pairs took it in turns to shoot a ball at a net whilst their friend acted as the blocker. 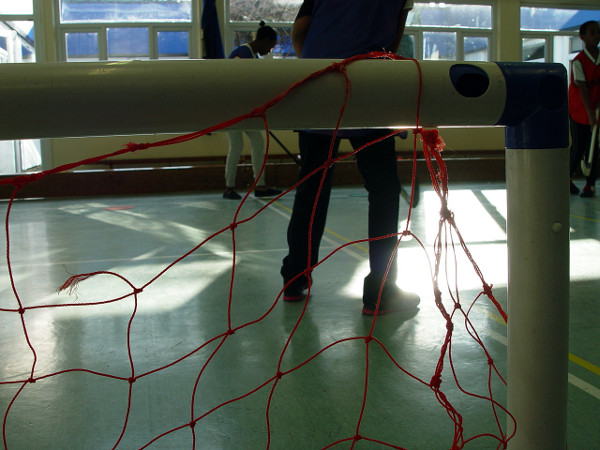 A quick game was then played that involved each pair running once around the Lansdowne gym, and then trying to be first shoot a hockey ball into the net from the centre of the court. This then developed into a full on hockey game for the Year 7 pupils. Mr. Lee reminded the class about the three main skills that we have been learning. The pupils were encouraged by the PE staff to use these throughout the short games that took place.