Our recent science learning in Year 9 at Lansdowne School has involved looking at alternative energy sources. The students are working towards designing and building a self-powered buggy. One suggestion as an energy source has been to use solar panels.

With the sun shinning so bright during a recent science lesson, it seemed a shame not to waste the opportunity to experiment with solar energy. The students built some simple circuits that had solar panels as the main power source. Buzzers and small motors were attached.

We found that if we positioned the panels directly under the rays of the sun, then the circuits would work. If we covered up the solar panels then the buzzers and motors stopped working.

Miss McNie then asked the Year 9 students to look closely at the solar panels. We saw that they contained many small ridges and bumps. It was explained that this helps to catch the rays from the sun. If it were a flat surface then the energy would simply bounce off. 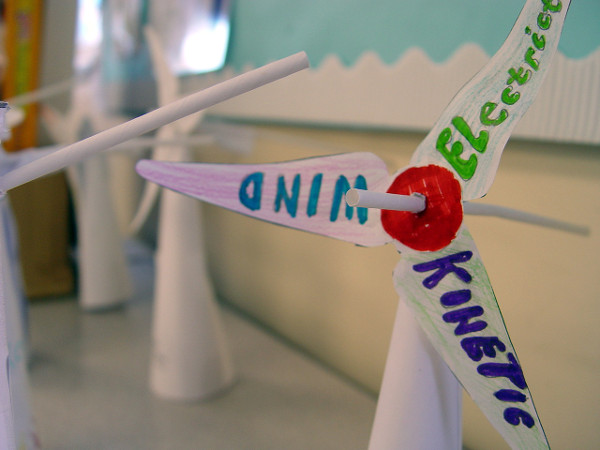 Other work around this topic has involved looking at kinetic energy as an alternative power source. The pupils have built a mini-wind farm with some models of wind turbines. We have held a class discussion about the benefit of using this technology, as well as why some people might think that it damages the appearance of the landscape. 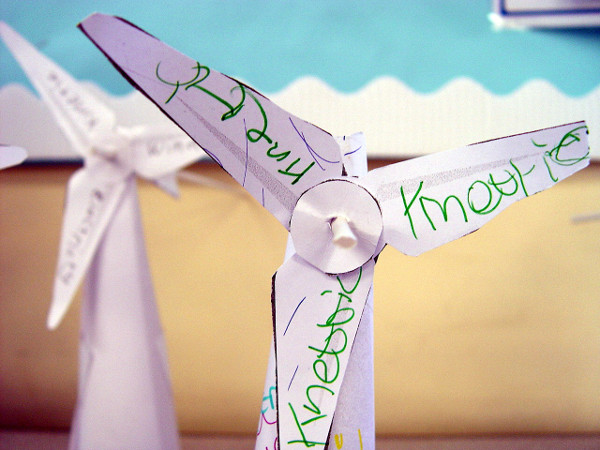