Year 10 have been reading Treasure Island as our main literacy text for the summer term. This work has extended out to include many different drama activities based on our knowledge of the plot and the characters in the classic book.

A recent drama session started off with a look at the Treasure Island memory table. A number of artefacts associated with the story were placed on the table Each class member was invited to select one of the objects, and then explain what role it plays in the story. This helps the student to understand the overall narrative of Treasure Island. 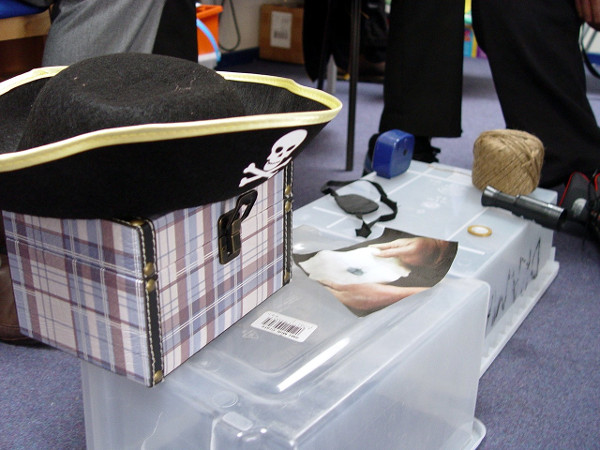 Another activity involved a coupe of objects being removed from the Treasure Island memory table whilst a class member looked away. The challenge was to identify which objects had disappeared, and then once again explain their significance in the book.

The students were then ready to focus on some short drama scenes. A passage of script was prepared for each pair to work on. Rehearsals took place, with thought given to stage directions and the delivery of lines.

Each pair then performed their Treasure Island to the rest of the class. Props were added to help set the scene. You can watch one of the Year 10 Treasure Island scenes being acted out in the video above.