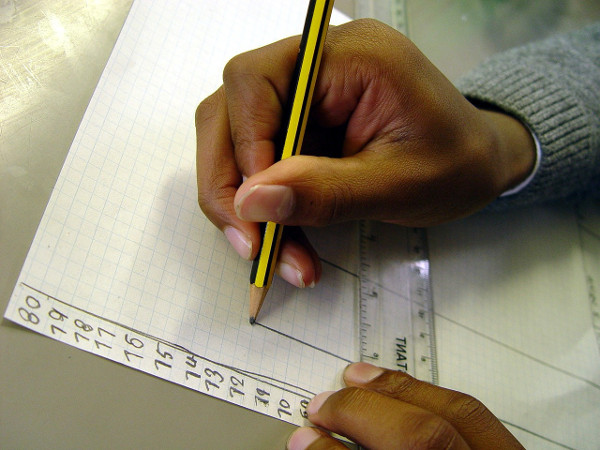 The Year 10 students at Lansdowne School have already started preparation on their GCSE science exams that they will be sitting at the end of Year 11. One of the key skills in this subject is to be able to demonstrate independent thinking by formulating an idea, and then thinking of a scientific way in which we can test this.

Miss McNie has been helping the pupils in the way that they approach a question. Students are rewarded during the exam for being able to demonstrate independent investigations and learning.

A recent theme that the pupils have been asked to consider is that of a possible relationship between exercise and our heart pulse. Miss McNie set the challenge of forming a hypothesis, thinking how we might test this, and then recording data to be able to make a reasonable conclusion.

Some of the year 10 students suggested taking a pulse reading whilst relaxing, and then comparing this after a short burst of exercise. Further readings were also taken during regular time intervals after the exercise.

The investigation then took place with the pupils recording their results. We held class discussions about the best way to then present this data. A bar chart was suggested as one possible solution.

The pupils had to carefully consider how to set up their bar chart. Detail was needed such as the level of increments that each value on the Y axis increased by.

Finally this data needed to be interpreted to form a conclusion. The Year 10 students were able to see that the bar chart jumps up high after exercise, and then gradually comes down again. This led to a conclusion that exercise increases our heart beat, before it slowly returns to a resting rate.

The Year 10 pupils will continue with similar scientific work over the coming weeks. We want each class member to be able to think independently and be able to put in place a plan to research a scientific problem.