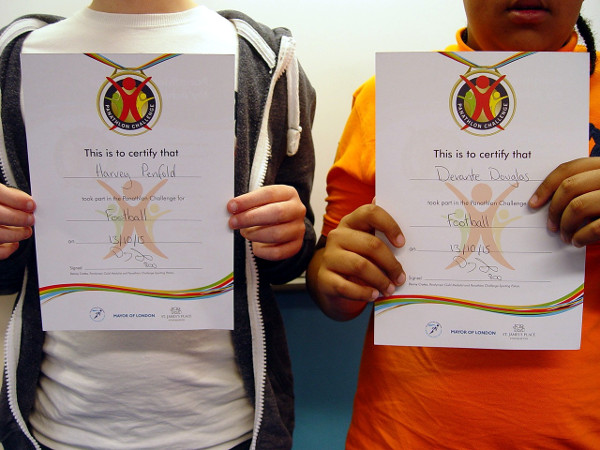 Twelve students from Lansdowne School were congratulated during a recent school assembly after representing the school at the London football panathlon tournament. The Lansdowne pupils helped to form Team Lambeth. An overall third place position was achieved. The team will now take part in a play-off match taking place at Wembley next month.

Mr Lee explained to the assembly how an Under 13 and an Under 16 team both took part. The Under 13’s remained unbeaten having playing six matches. The Under 16 team came up against some very competitive opposition. The results from both teams were then combined, to give the overall third place finish.

Each Lambeth team member from Lansdowne School was presented with a certificate by Mr Lee during the assembly. It was commented on how the students represented the school in a very mature manner.

You can listen to a couple of the Lansdowne players talking about their experiences of the London football panathlon football tournament in the recording below. 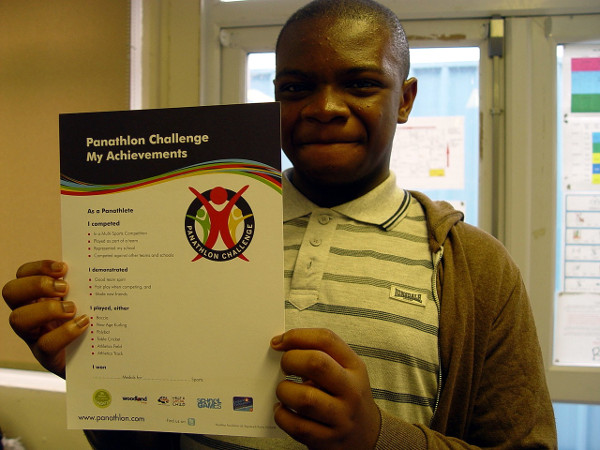