Year 8 have been working on improving their hockey skills during our PE learning for the autumn term at Lansdowne School. This can be quite a technical game for the students. Mr Lee and his team have been helping the pupils to improve areas such as stick control, and accuracy in our passing and shooting. 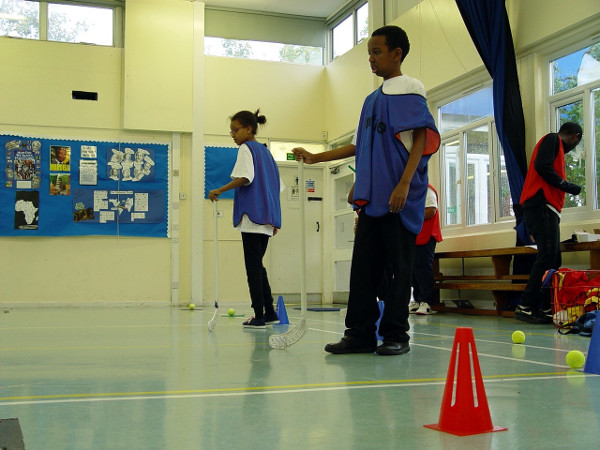 Three core skills were the focus of a recent PE session: dribbling, passing and shooting. A work station was set up for each activity. 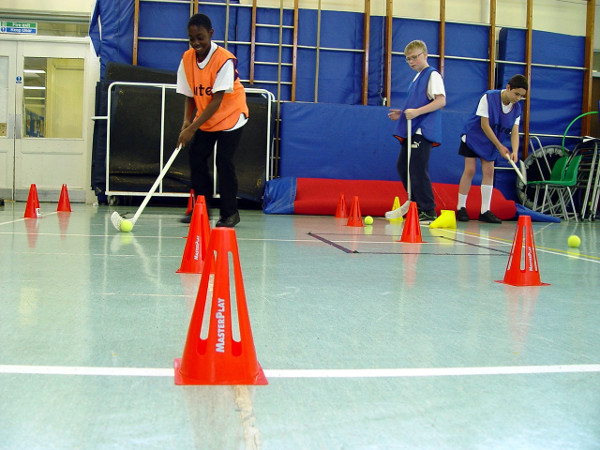 The dribbling exercise required the Year 8 class members to successfully navigate around a set of cones with the stick and the ball. Each pupil was timed. The task was then repeated to try and speed up performance. 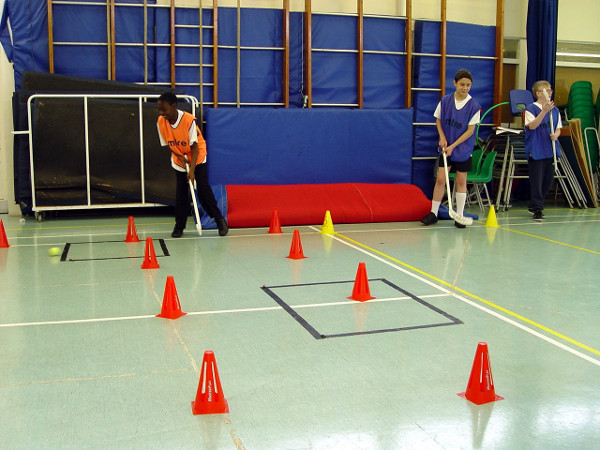 A passing station involved pairs of students making a succession of accurate passes. This activity was also timed. The aim was to complete as many passes as possible in a 30 second time period. The pupils were shown how we need to control the ball first, before sending out a pass to a team mate. 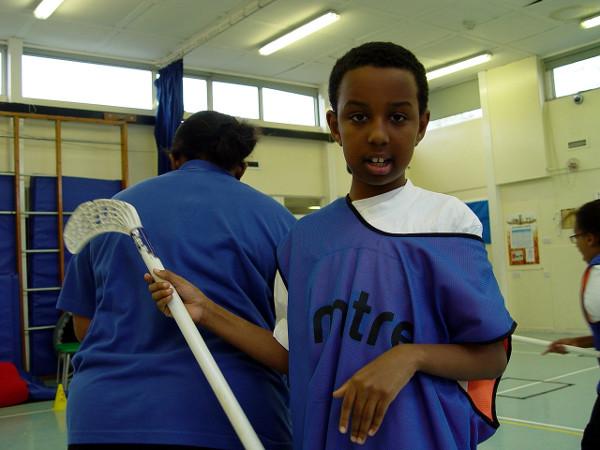 The final shooting activity saw the students shooting into a small hockey net, with another class member taking on the role of the goalkeeper. Mr Lee demonstrated how the power in the shot can be improved if we stand with one leg further forward than the other to help with the weight transfer. 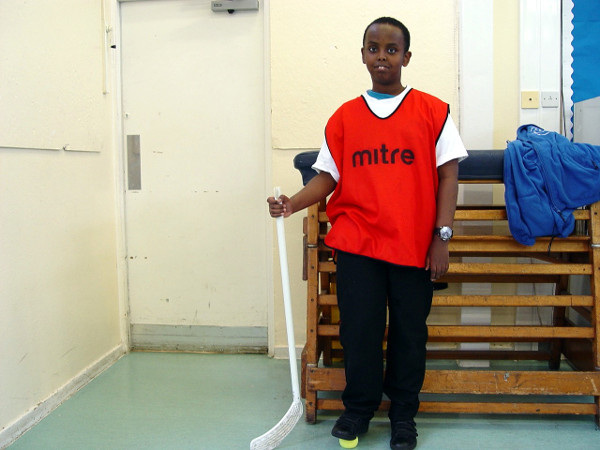 Once Mr Lee was satisfied that these three core skills had made sufficient improvement, a short game situation was set up. Three teams took it in turns to rotate a game. The teaching staff also took part, making sure that all pupils had the chance to participate in the game. 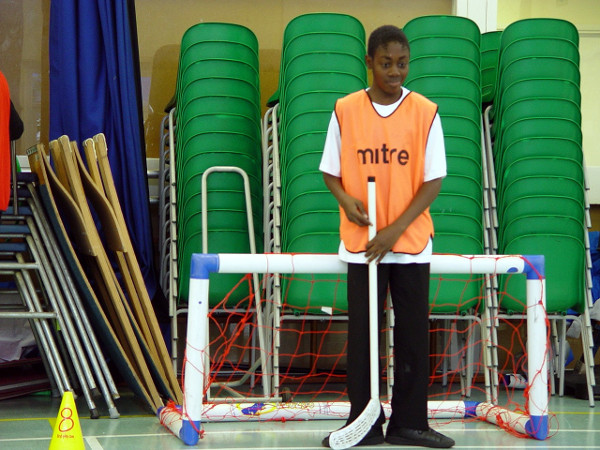 The Year 8 PE session concluded with some self evaluation. The students were asked which activities they thought they had achieved well in during the lesson. They were also asked to think about the skills that they need to work on to become even better hockey players. 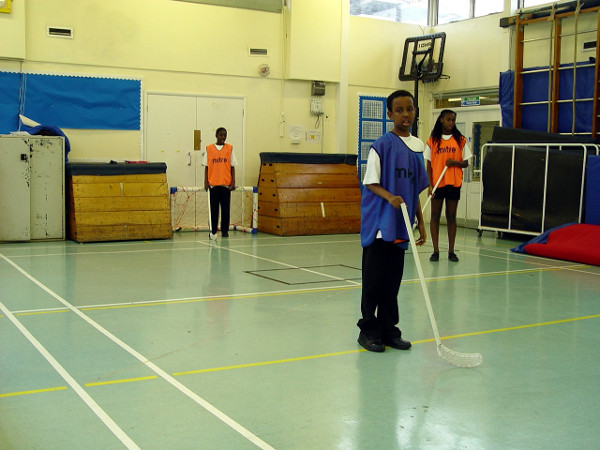 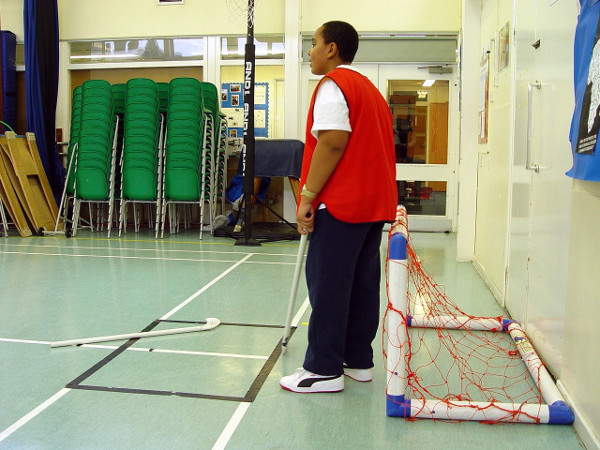 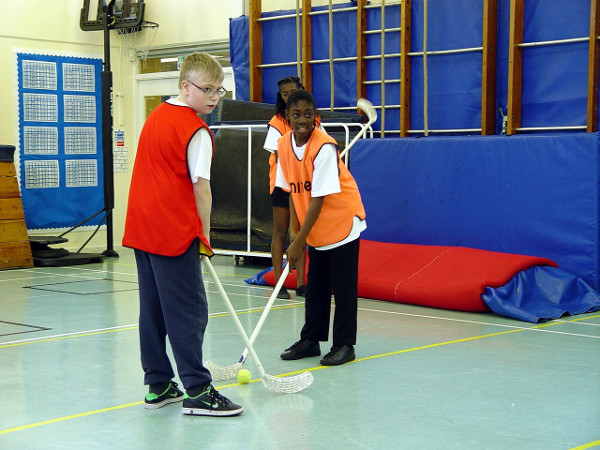