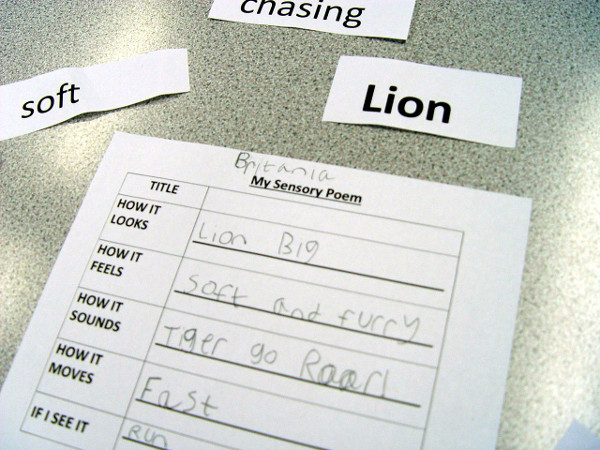 Year 8 have been combining their English and Drama learning to help produce some pieces of performance poetry. The pupils have been making the connection between a piece of written text and how this can then be presented and acted out.

A starting point for this learning was a piece of poetry all about hidden treasure. The Year 8 class members were asked to imagine that they were about to dig for something special that was hidden in the garden. We brainstormed some ideas about what tools might be needed for this task.

A poem called Buried Treasure was then read out together. This introduced some ideas about what we might find hidden in the ground. This may be valuable treasure, or it may simply be a worm or a slug!

Each pupil was asked to think of an action that we could carry out for a specific line of the poem. The group then collectively read out the poem, demonstrating each of the actions that had been suggested.

The class discussion then considered the idea that not all poems need to rhyme. The pupils looked at another piece of writing that explored the five senses. The pupils were asked to describe each of the senses they might encounter if they came face to face with a snake.

Year 8 were then ready to compose their own sensory poems. We asked each class member to think of an animal, and then write a few words to describe the five senses for their chosen subject matter. You can listen to a couple of these being read out in the recordings below.