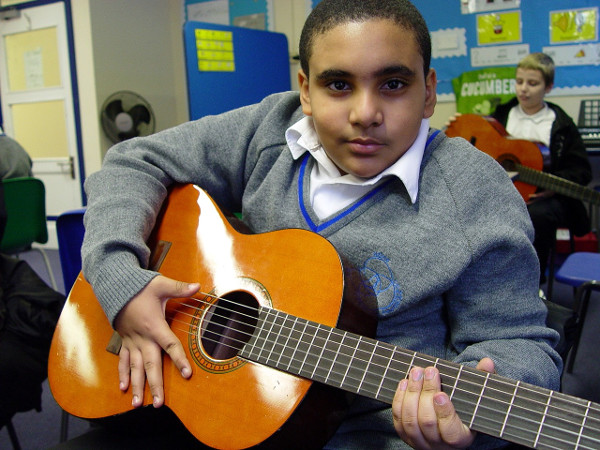 The Year 7 pupils at Lansdowne School have started a new topic for the spring term learning all about how to play the guitar. A recent session started with a short warm up. A piece of classical music was played by Miss H. The pupils were asked to listen carefully, and then use a communication board to describe what they could hear. Class members were encouraged to share their thoughts amongst the other pupils. 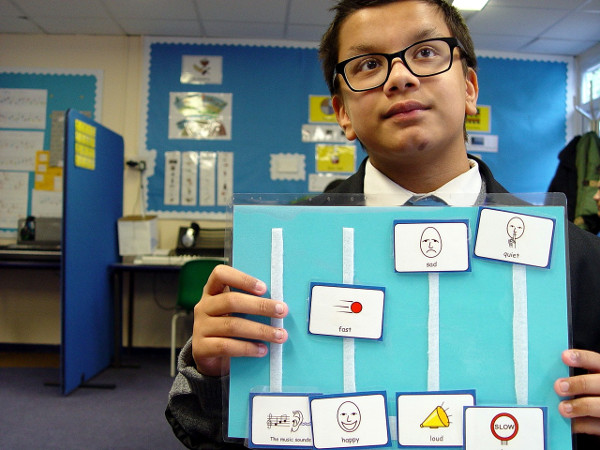 Miss H then introduced the guitars to the pupils with a question and answer session. The teaching staff were keen to find out what existing guitar knowledge the pupils already had. The children were asked to identify what material the guitars are made out of, and where the sound comes from. 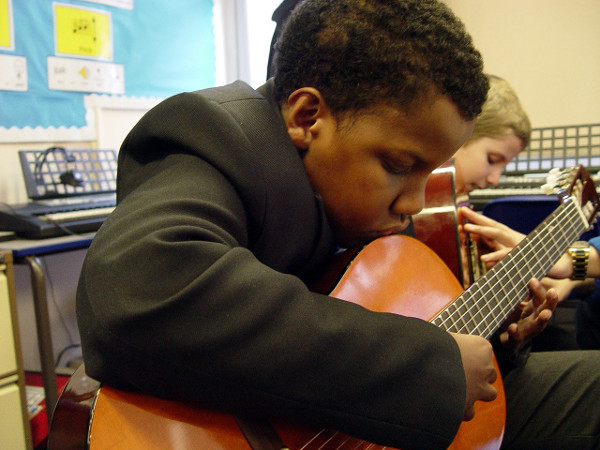 It was now time for the practical part of the lesson with each year 7 pupil being handed a guitar. The idea was to explore and experiment with the sounds that the instrument can make. 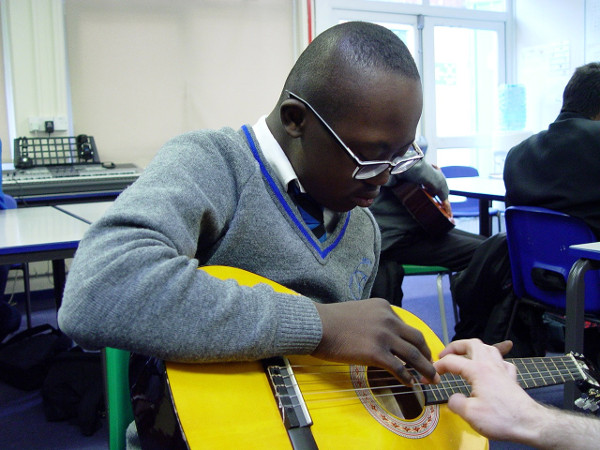 Miss H and her team helped the pupils to hold the guitars in the correct position. The number of strings were counted out loud as a class. We found that each guitar has six strings. The pupils were asked to play each string separately, moving up and down from low to high. Class members were asked to describe the different sounds. 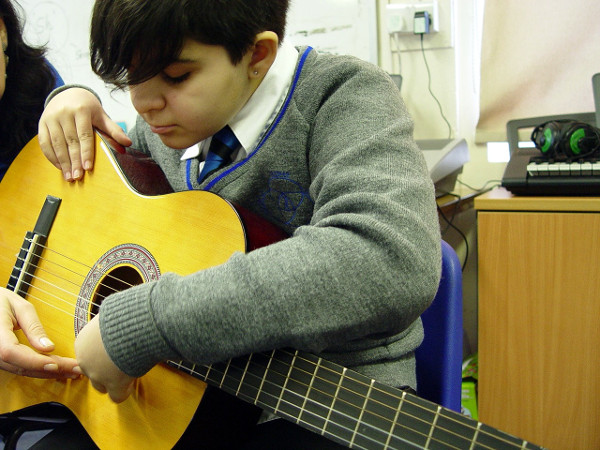 The pupils then felt the vibrations coming from the guitar. They were asked to find whereabouts on the instrument the main vibrations were coming from. 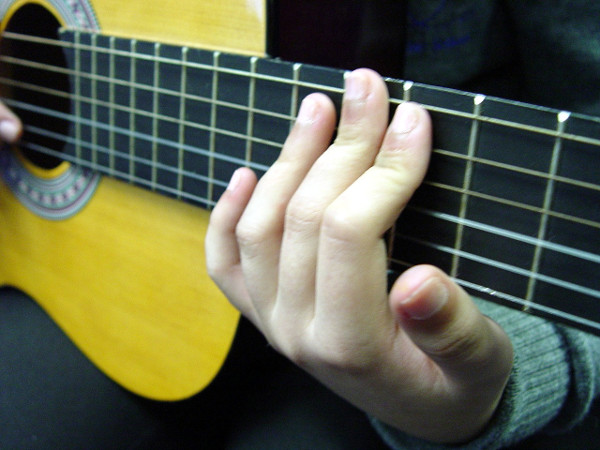 Finally Miss H helped each class member with the individual names for each string. A communication board was used to help explain the sequence of musical notes. The session finished with some more experimentation with the Year 7 pupils asked to see what happens if they place a finger on a string to make it shorter. We found that a shorter string led to a higher sound. 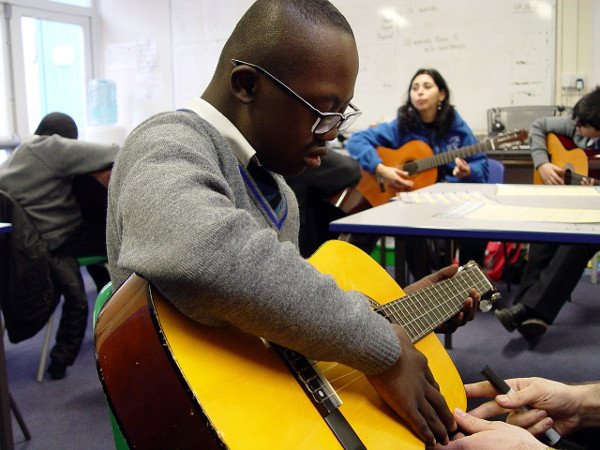