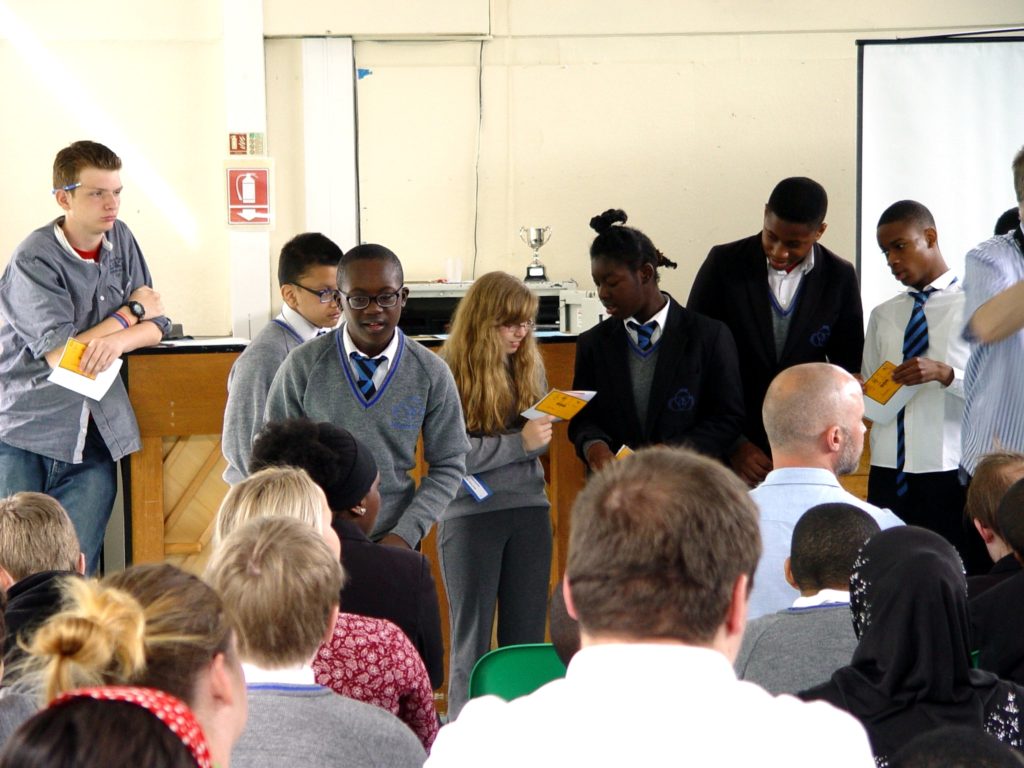 Class 10JH recently presented a whole school assembly where they celebrated their fantastic mini-marathon achievement at Brokwell Park. Class member Troy was inspired to raise some money for Cancer Research UK. He came up with the idea of a team of runners gaining sponsorship for the event. Over £500 was raised in total.

The assembly explained how Troy went about organising the mini-marathon. A video had been produced by Class 10JH. Each student took part by providing a voice over for some of the photographs from the event.

The idea was first raised at the weekly School Council meeting. The school Management Team thought that the mini-marathon idea was wonderful, and asked Troy if he could take on the organising role.

We weren’t expecting the level of interest that Troy was able to generate. Posters were put up around the school to help put together a team. Troy also approached local businesses to get sponsorship.

The assembly heard how the big day came and the team headed out to Brockwell Park. The route was mapped out, with each team member understanding their role. A warm up took place, and then the Lansdowne mini-marathon was completed.

This has been an incredible achievement by Troy and his Class 10JH class mates. We are very proud of their fundraising commitment towards Cancer Research UK.

The assembly continued with some singing and signing from the Lansdowne School Choir. Mr Jukes thanked the Choir for their enthusiasm in performing Walking on Sunshine and Tomorrow.

Certificates for individual achievement were then handed out. The Year 8 students were award the Star Class of the Week trophy.