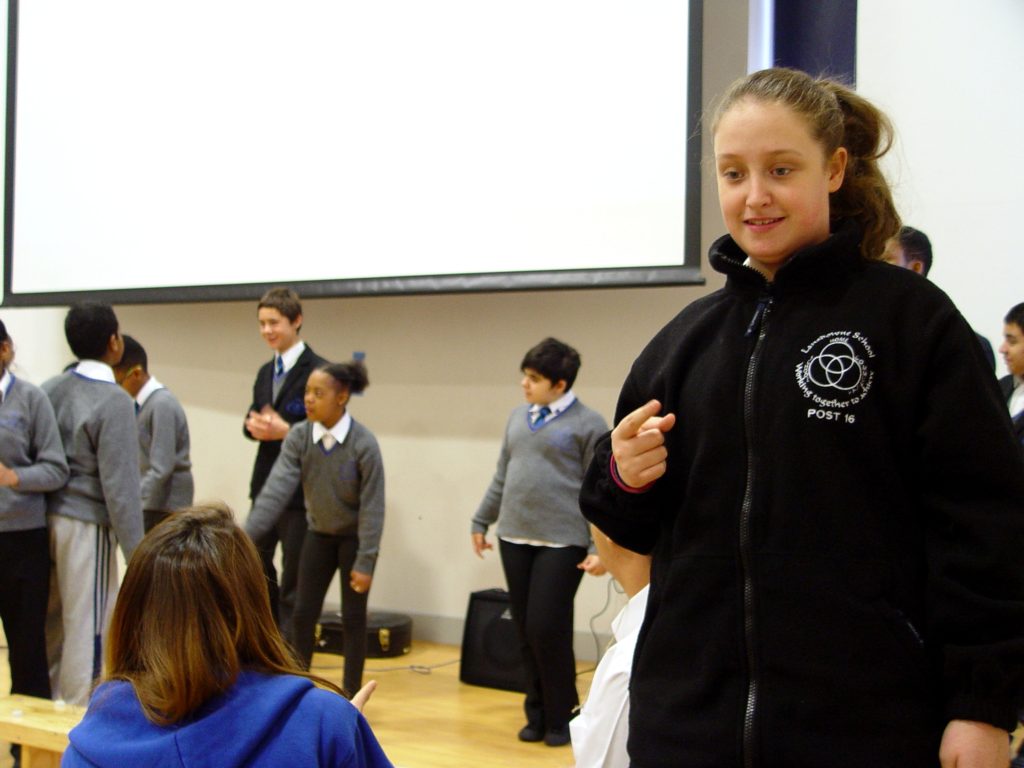 A recent Lansdowne School assembly had a very busy agenda to celebrate during our weekly coming together of all students and staff. Mr Jukes welcomed everyone to the assembly and shared some recent news.

We heard how the new Lansdowne lunchtime clubs are now up and running. All pupils were asked to make a choice as to which clubs they would like to attend. Available activities include table tennis, ICT, dance, music and the new relaxation area where a selection of magazines and newspapers are available.

The lunchtime clubs are aimed to offer more opportunities for the students during break times whilst the new playground is being built. This is coming along at a tremendous pace and should be open in the new year.

Mr Jukes then explained how the Year 11 and Year 12 students all enjoyed a trip in the past week to the nearby Imperial War Museum. Some of the students offered some feedback on what they saw at the Museum.

It was then time for the Lansdowne School Choir to lead the way with a couple of songs. Mr Gratton, Kit and Mikita helped the pupils perform The Police’s Walking on the Moon – a recent addition that the Choir has been learning. We finished off with a fantastic performance of Santa Claus is Coming to Town.

Year 11 student Luka was then asked to stand in front of the assembly. Luka has recently received a very special award as part of his involvement at his local youth club. Luka was presented with a Jack Petchey award. He will also be given some money to spend on behalf of his youth club.

The assembly then saw the Certificates of the Week being handed out to the students that have produced some outstanding work for each subject throughout the past week. Class 11NM were given the Star Class of the Week trophy in recognition of their strong teamwork.

Finally it was time to sing Happy Birthday to Scott, Muhammad and staff member Amy – who was dressed wonderfully for the occasion.