Year 9 have been continuing with their PE improvements involving both dancing and football skills. Each PE session starts with a warm up with the Wii dance game. A different song is focussed on for a couple of weeks. The current class favourite is Moves Like Jagger.

The main Year 9 sporting activity for the final few weeks of the autumn term has been about improving our football skills. The students have been working indoors with a large, soft 5-a-side football.

Mr Lee started a recent lesson by setting up some one-on-one activities. Pairs of pupils practised their passing skills by making a soft pass from one side of the sports hall to the other. The instructions were to pass the ball, control it, look up at our partner, and then make another pass. Dribbling was then added into this workstation.

A shooting competition was then set up. Each player competed with a partner, with the aim of being the first to score two goals using two footballs positioned at the other end of the sports hall. This workstation developed with staff members throwing in a bouncing ball. The students had to control the ball before scoring a goal.

All of these skills were then used as Year 9 played a full on game of football using the 5-a-side balls. We are hopeful of being able to transfer our PE lessons outdoors in January to the brilliant new Lansdowne sports pitch which is coming close to completion. 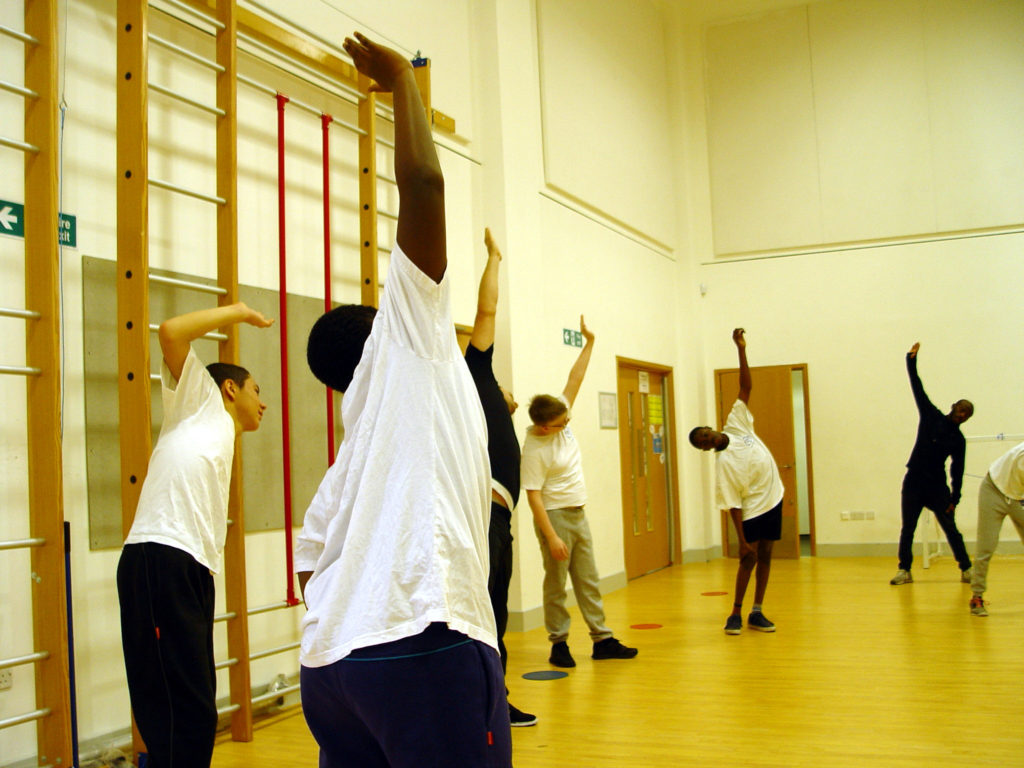 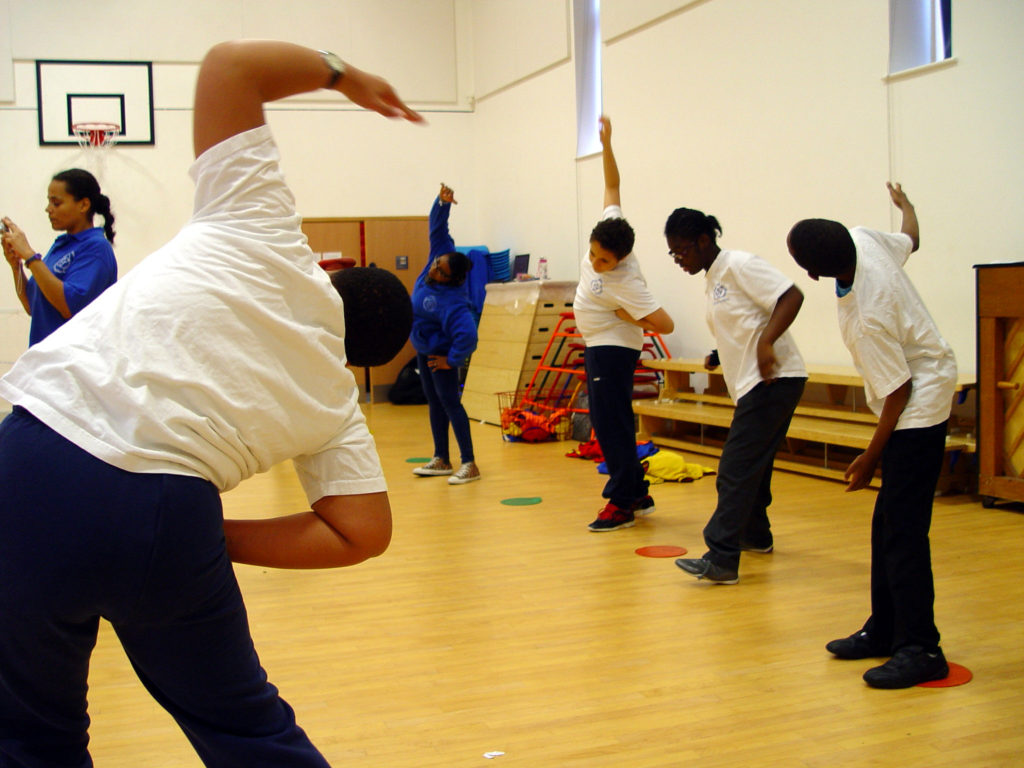 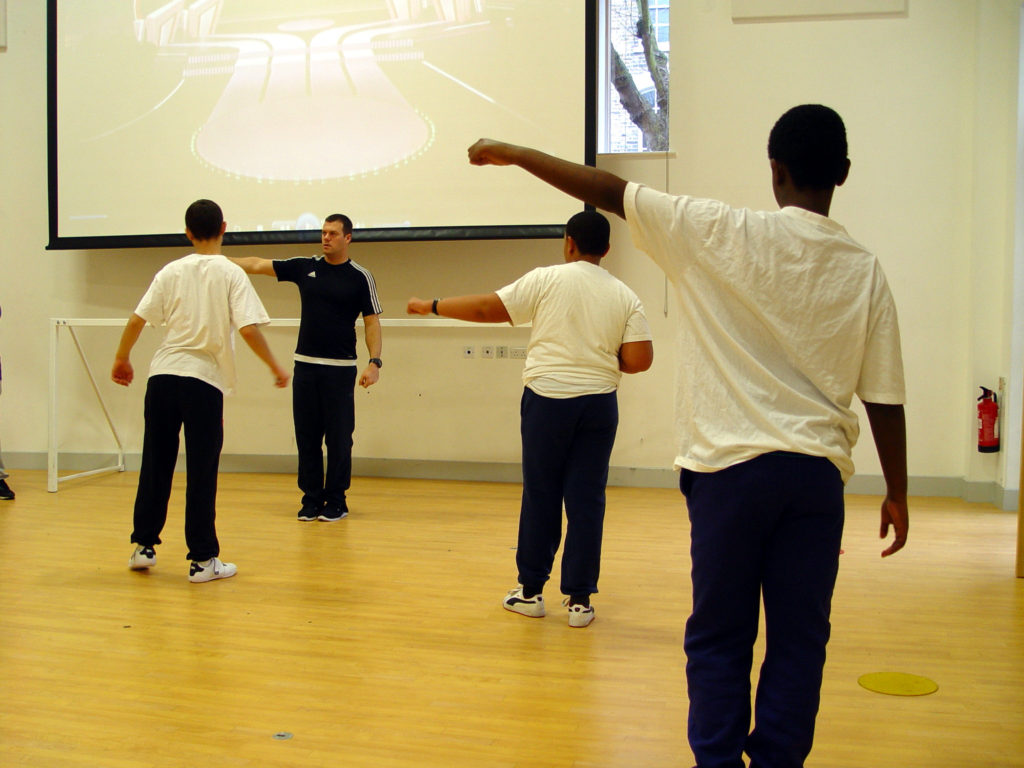 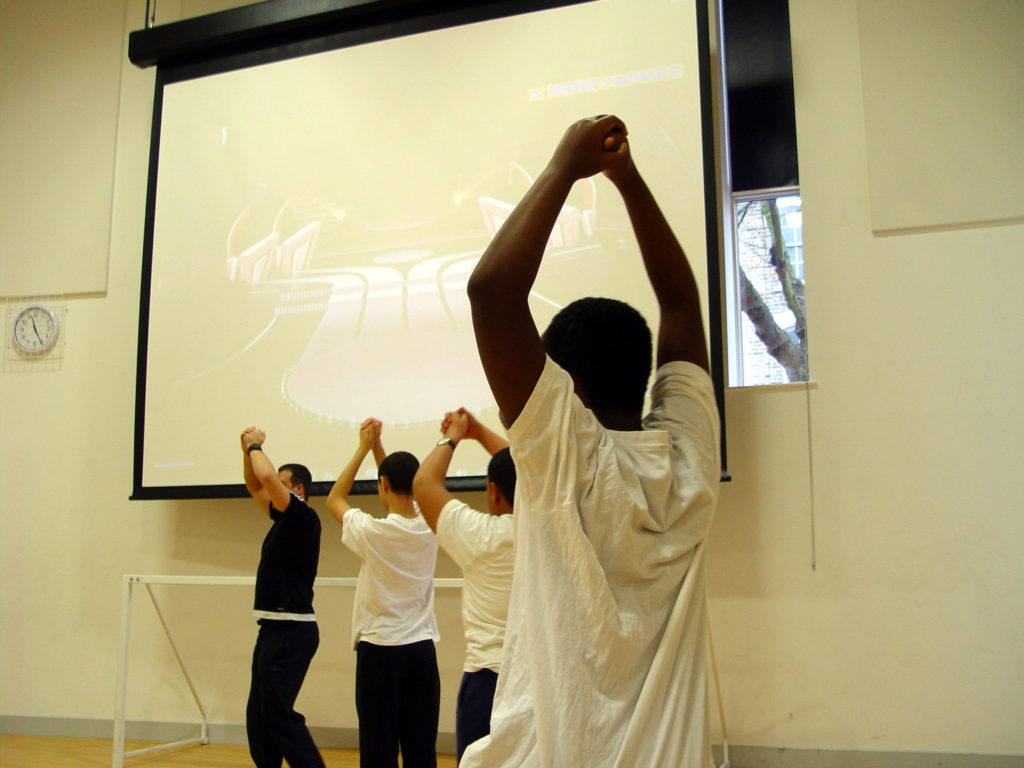 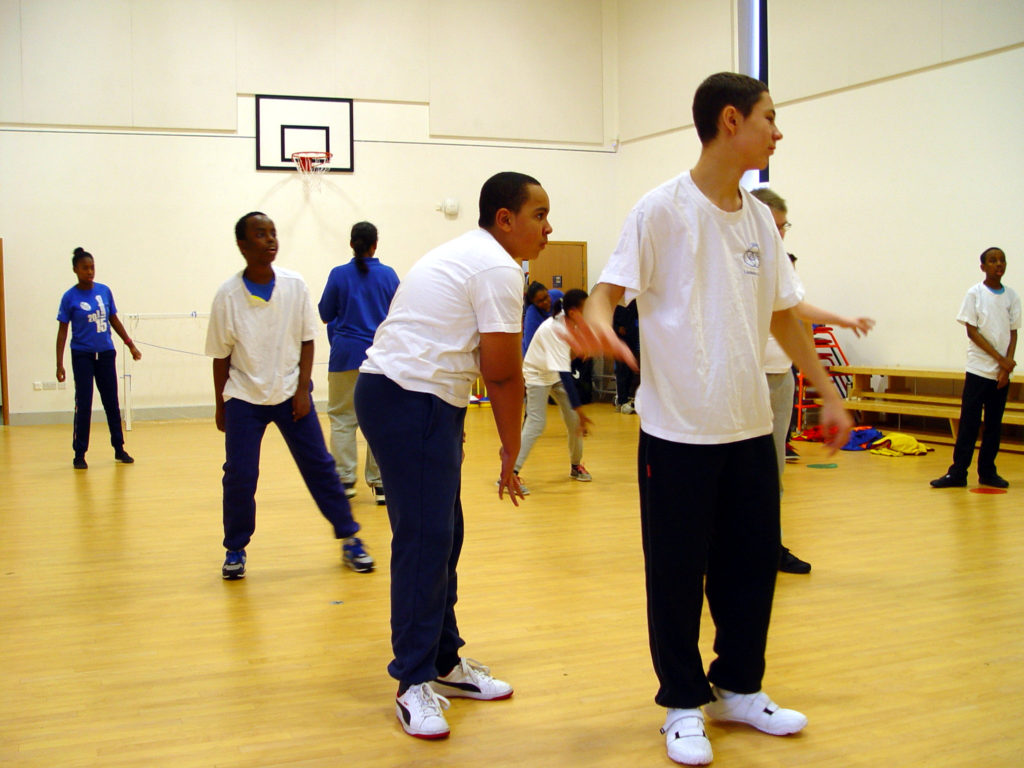 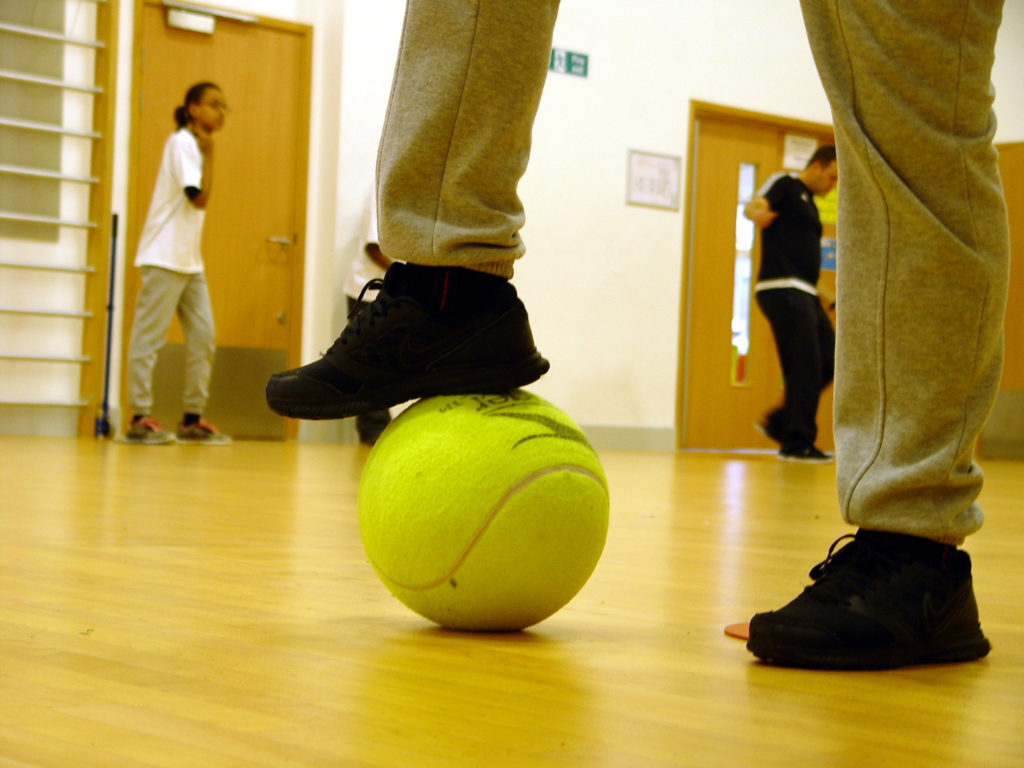