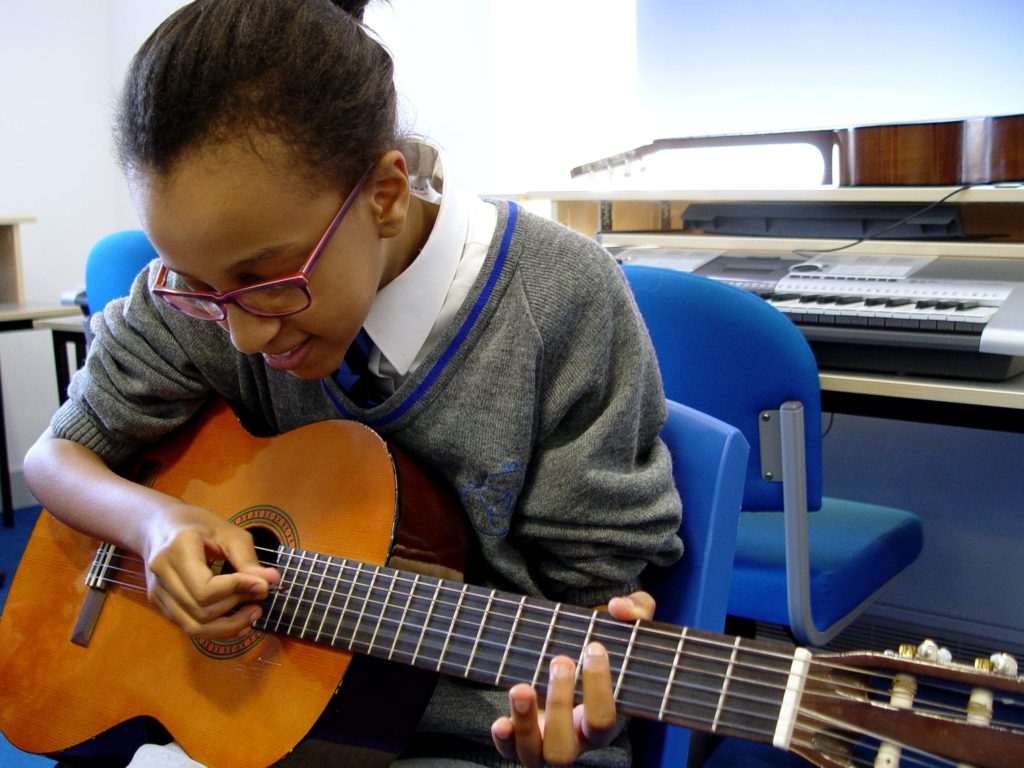 Year 9 have started a new music topic for the spring term learning all about rock ‘n’ roll music. Our first task was to identify some of the instruments that are played by rock bands. Mr Gratton helped the students to identify the guitar, the bass guitar, drums and a keyboard.

This then led to a more detailed look at the guitar. We started off by using a diagram of a guitar to identify the different parts of the instrument. The pupils were asked what role each part plays in helping to create the overall sound.

Mr Gratton then gave each class member one of the school guitars to play. This was a very early introduction to the instrument. The students were shown the most comfortable way to hold the guitar. Guitar picks were also handed out.

The Year 9 students were then asked t play each string, one by one. We started off with the bottom string, and then worked our way up. The pupils were asked to describe the differences in sound.

Mr Gratton encouraged each class member to experiment with louder and then quieter guitar playing. This work will continue over the coming weeks to look at some basic notes and possible guitar chords being played. 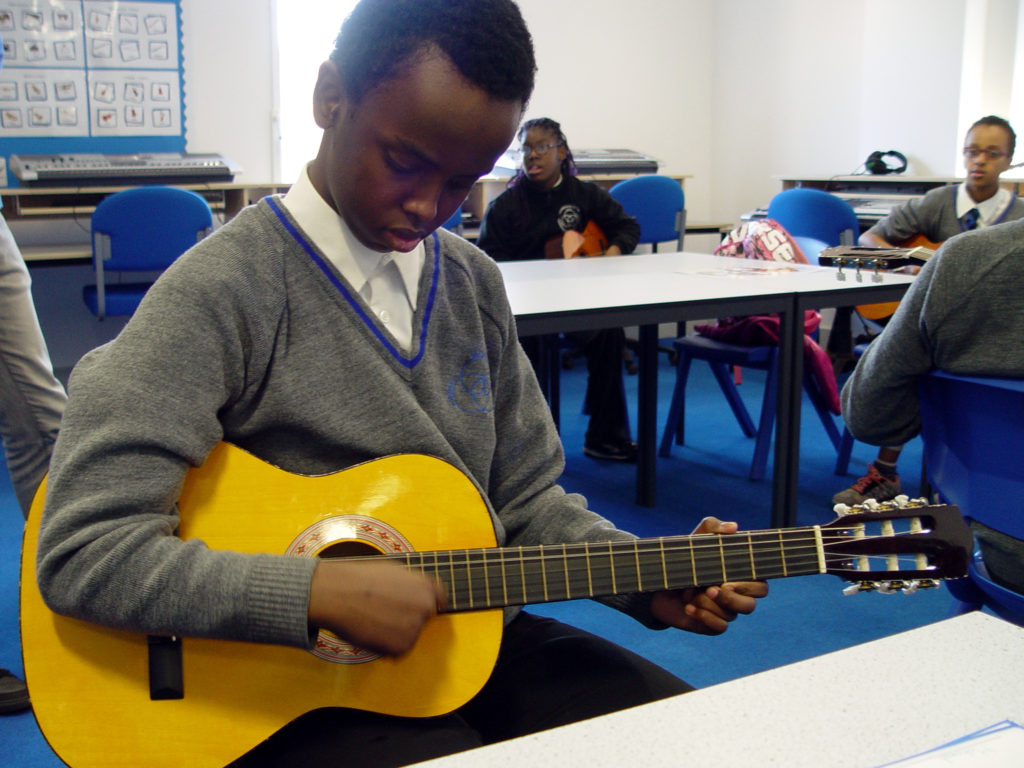 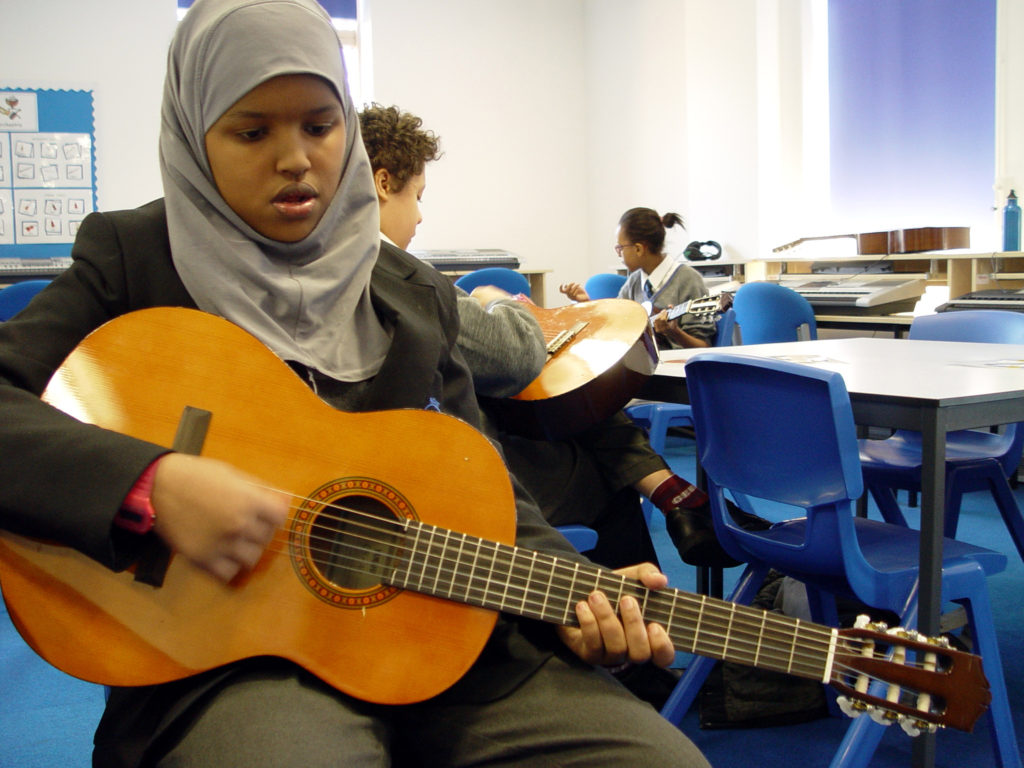 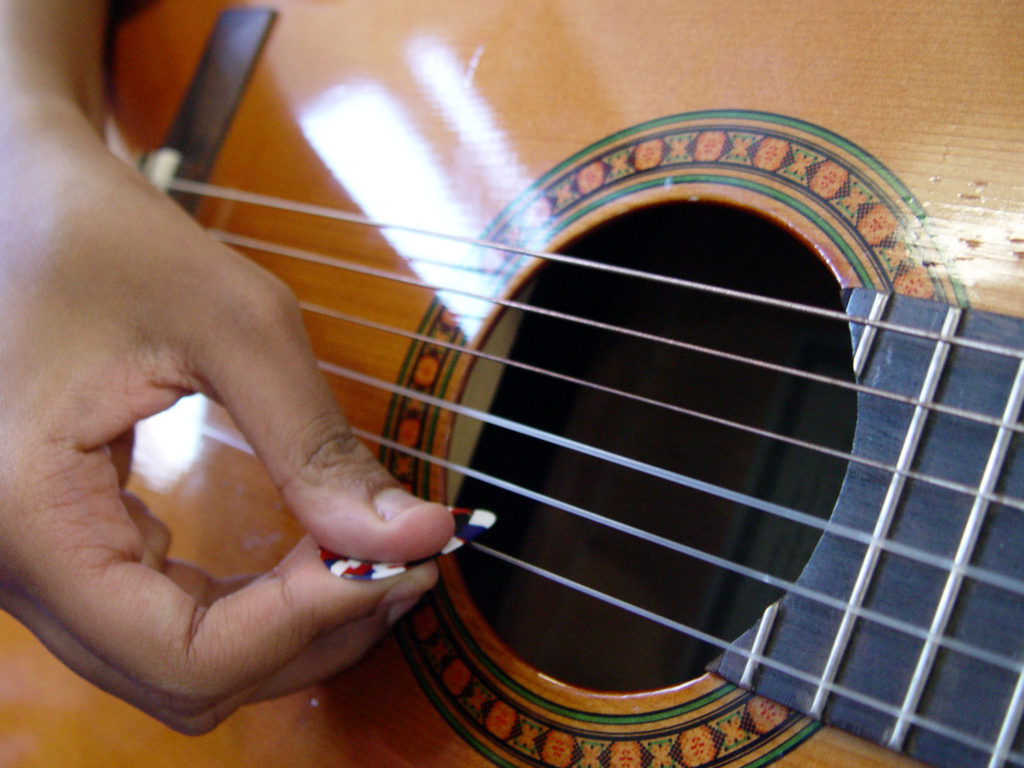 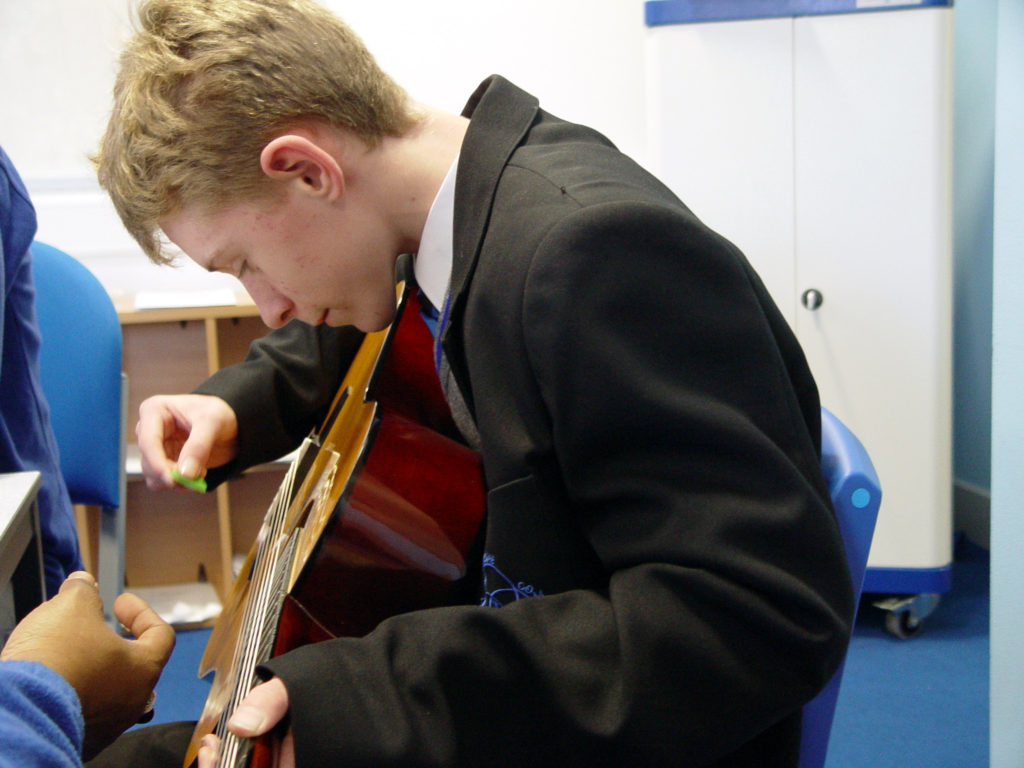 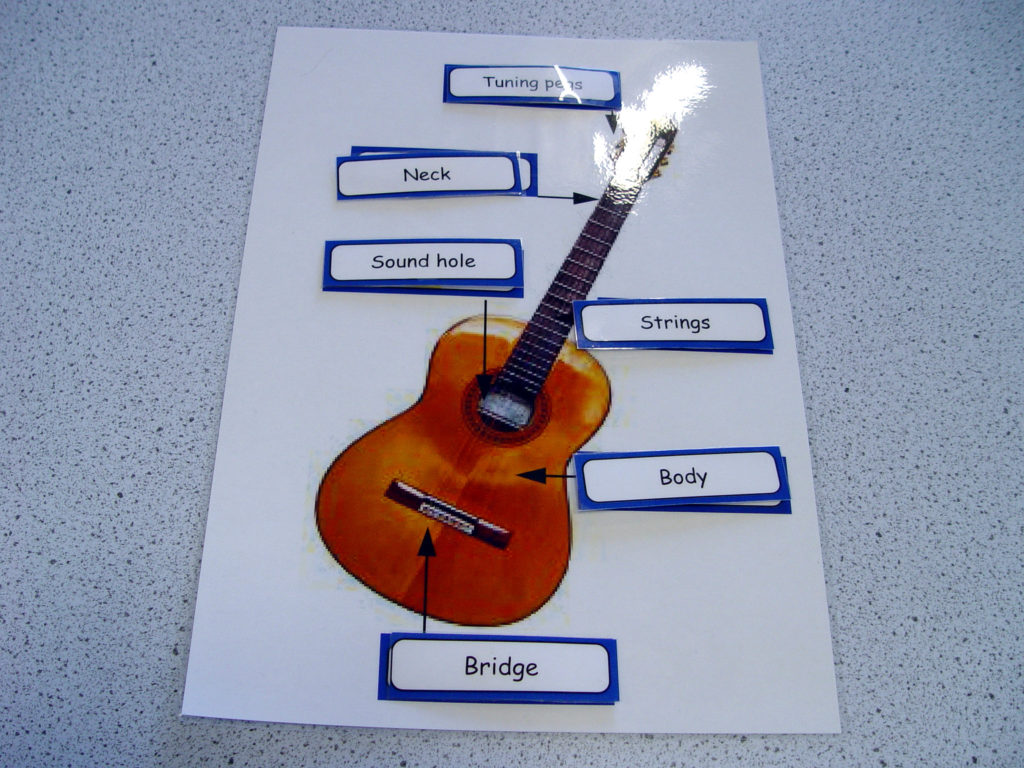