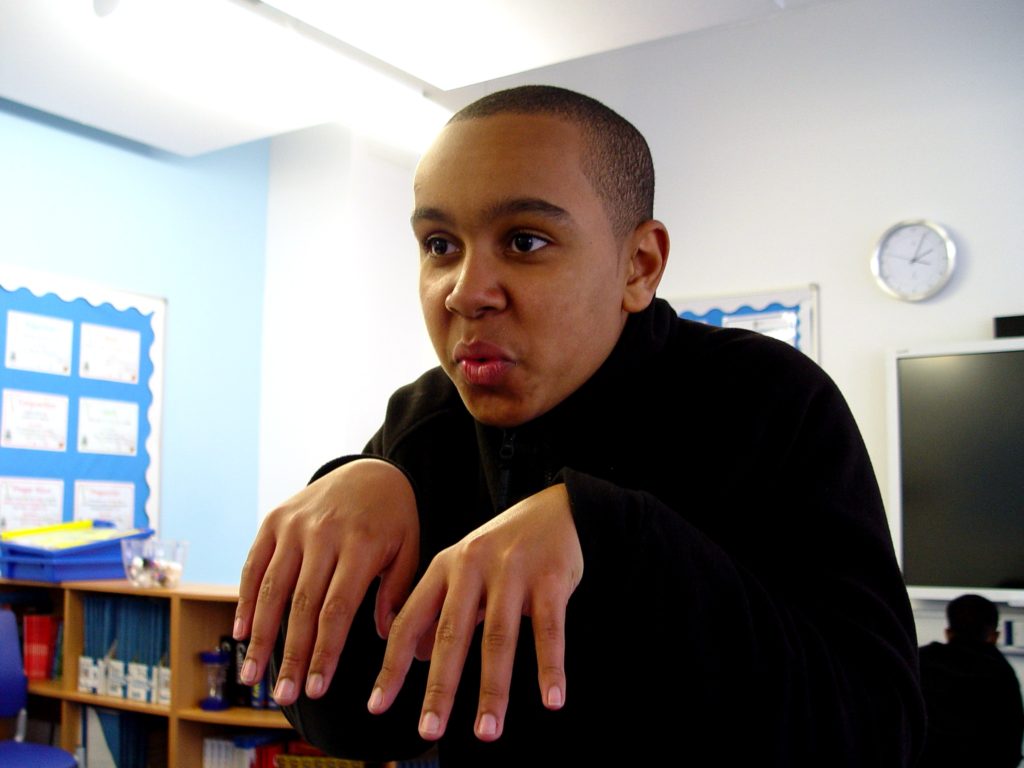 Year 9 have been taking part in some fantastic drama sessions aimed at improving speech and confidence. Mr D and his team have devised many different games that help pupils of all abilities.

These sessions take the form of open discussions that then lead to some acting. A recent lesson posed the question: what would you rather not live without – your mobile phone or the internet. Each class member was asked to reply and offer some reasoning.

We then spoke about what out favourite animals are. Once the choices had been explained, the pupils acted out what they liked about their animals. The drama studio was filled with dogs, dinosaurs and chipmunks!

Conversations followed about what aliens might look like, and how we would treat them if we met them. The drama session came to a close with a fun game of Keeper of the Keys. This involves a blindfolded pupil having to work out which friend has taken the keys from behind their chair. 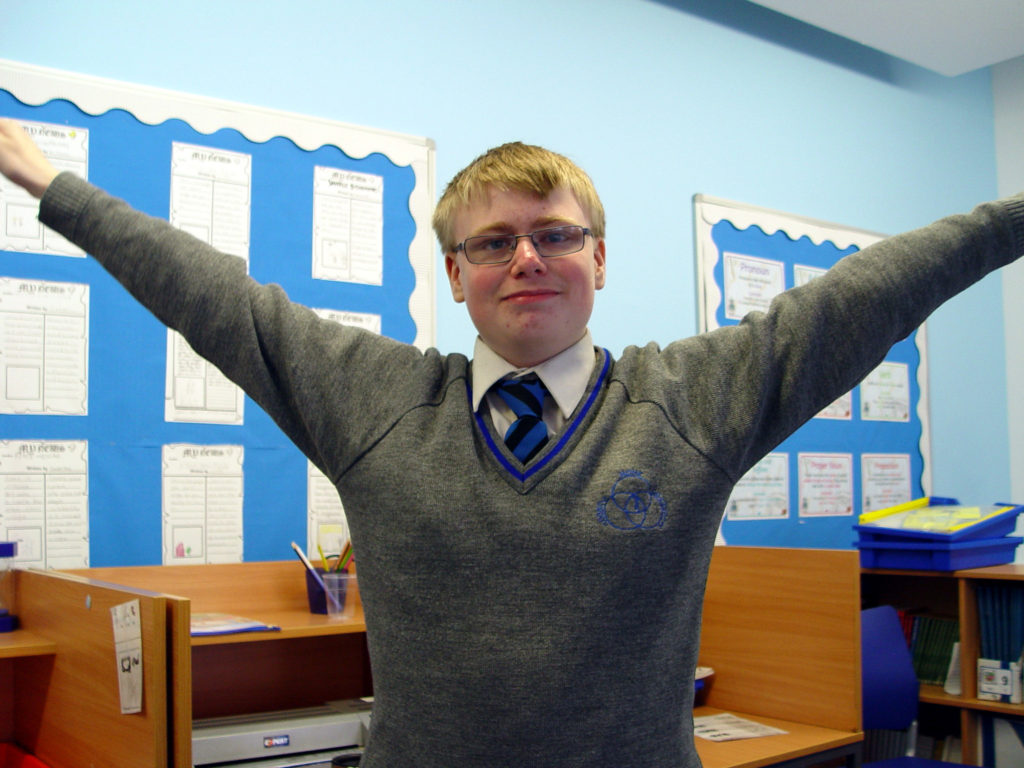 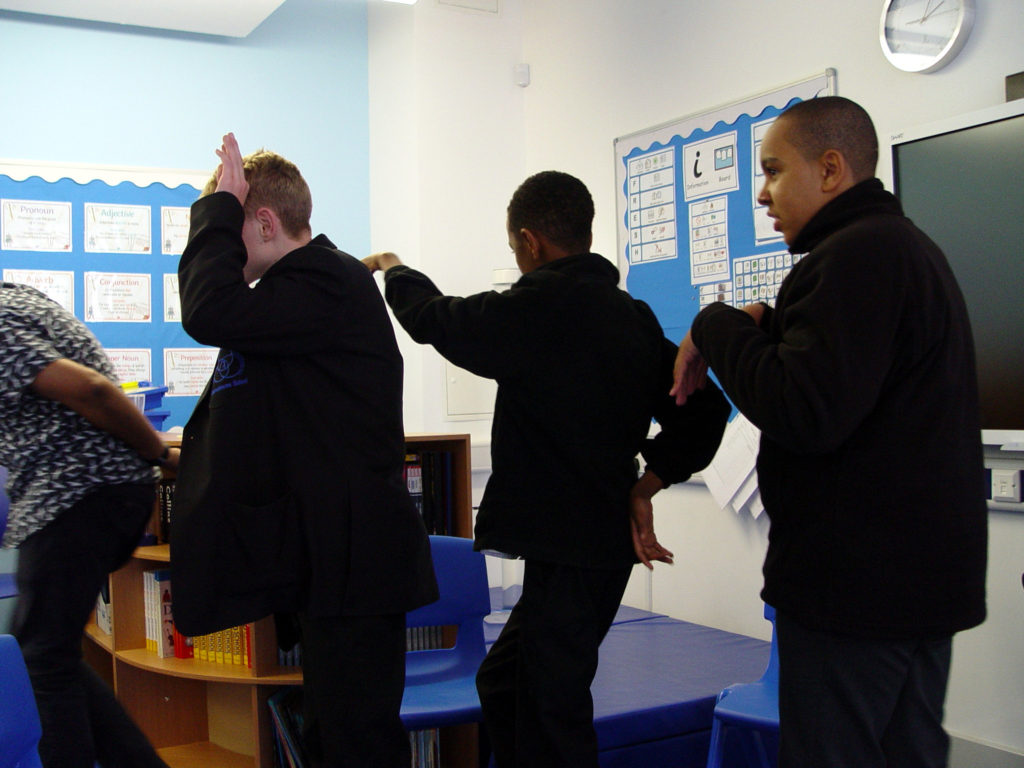 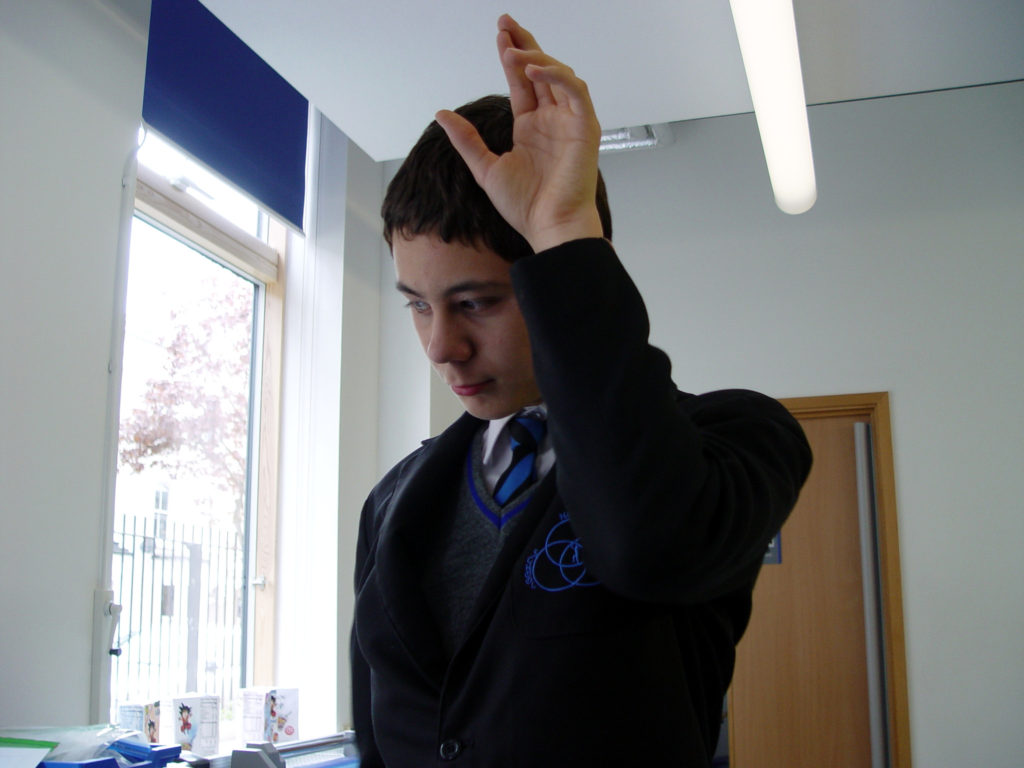 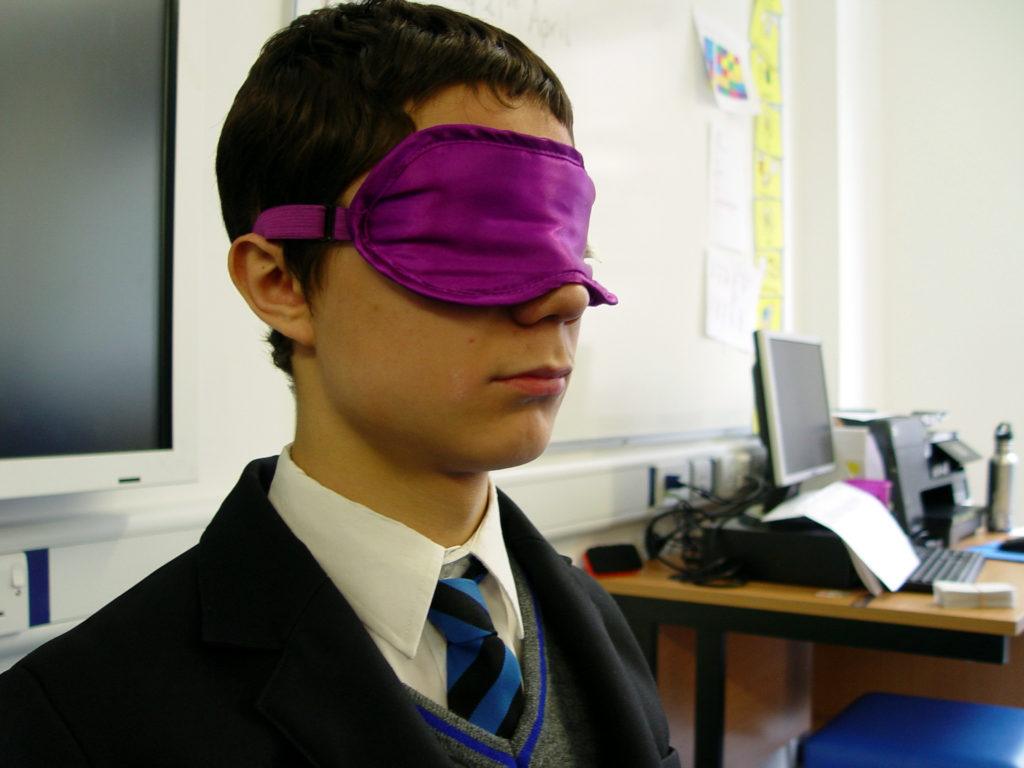 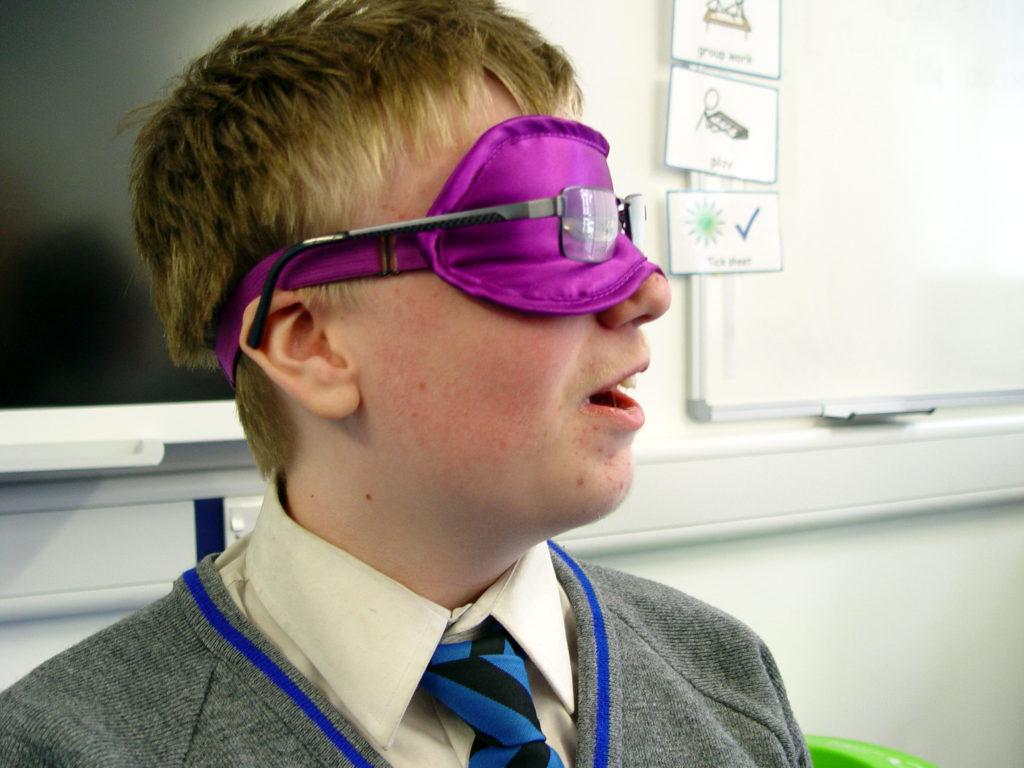 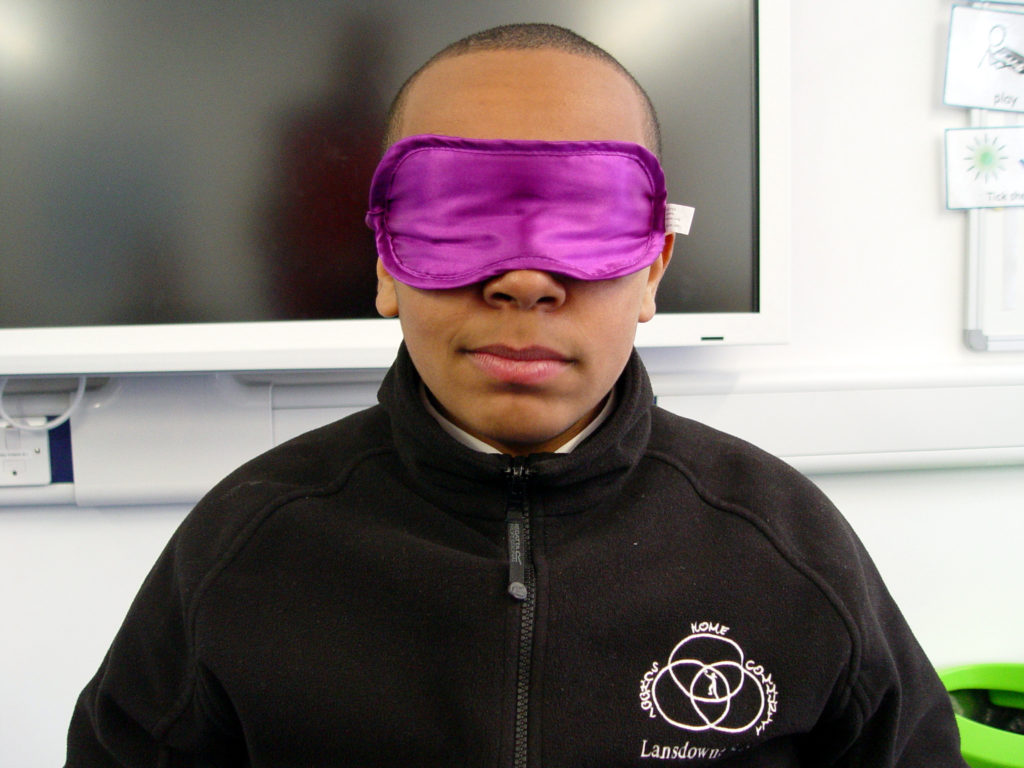 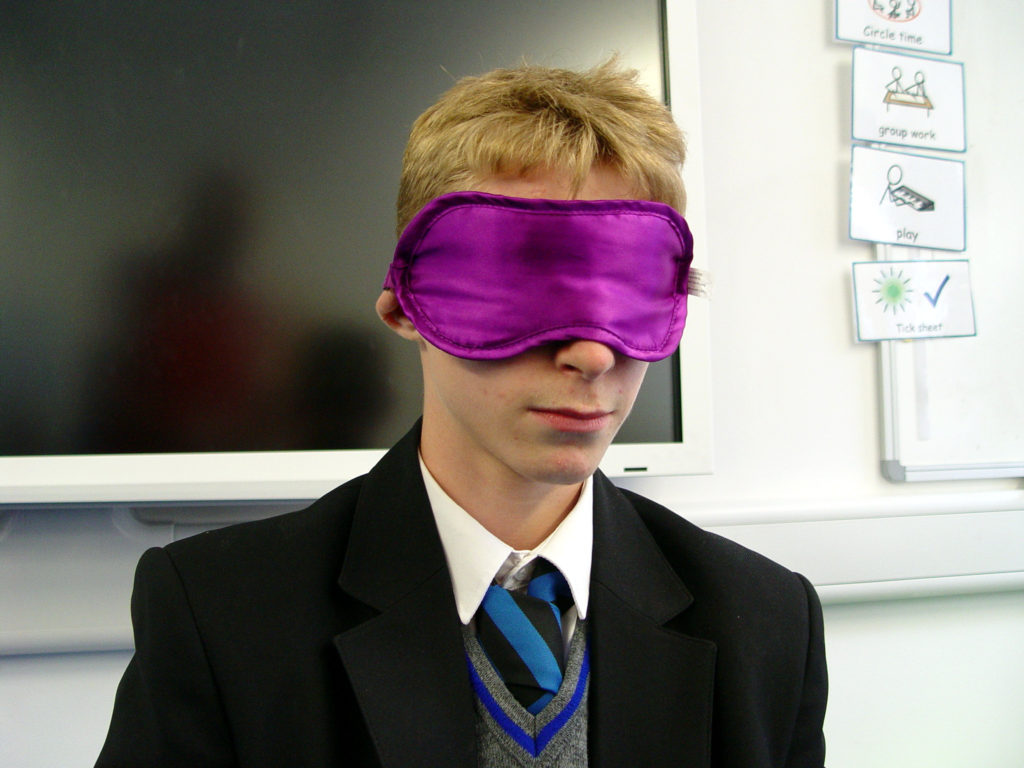