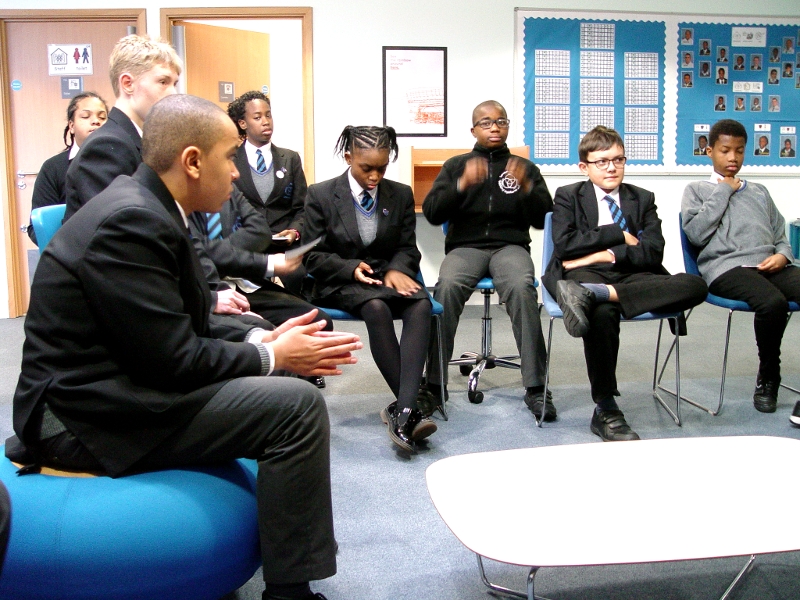 The first Lansdowne School Council meeting of the New Year had a busy agenda. These meetings take place weekly with Head of School Mr Jukes. All classes have an elected Councillor.

An early suggestion was for the Star Class of the Week to also include a mention for the second and third placed classes. This would provide an inspiration to achieve even higher the following week.

A Year 12 Cllr asked if football matches against other schools could be arranged for the sixth form students. They enjoyed the Panathlon Games, but are now above the age range to enter.

School Council then had a conversation about recent changes to our school dinners. We have a new lunchtime menu in place for the spring term. Feedback was asked from the Cllr’s.

Some of the Cllr’s were keen to plan ahead for the annual end of school year trip. Mr Jukes asked for the Cllr’s to think about some suitable locations. It was mentioned that the previous London bus tour was a fantastic experience.

Looking further ahead and one of the Cllr’s suggested that the school hold a harvest festival later in the year.

Finally a discussion took place about the plans for the Year 11 work experience. Some of the Cllr’s were keen for the arrangements to be confirmed so that they could update their class friends.