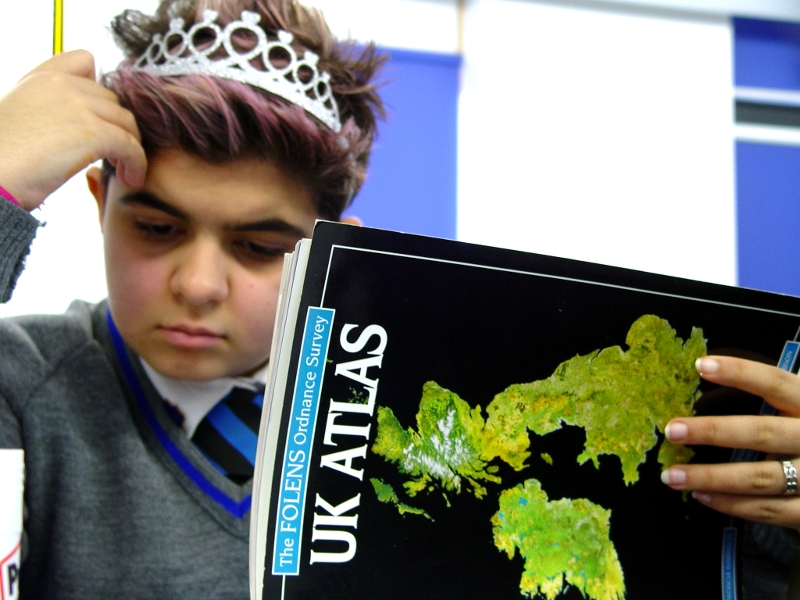 Year 9 have started a humanities topic learning about Anglo-Saxon England. We have been looking at our historical timeline to see how the Anglo-Saxons ruled England after the fall of the Romans.

Our research started by looking at the seven Anglo-Saxon kingdoms that were established in England. This led the pupils to think about some of the names given by the Anglo-Saxons to English towns and villages.

The pupils were keen to see if any of these names still existed. We used an atlas to try and locate place names that had a particular Anglo-Saxon suffix. Examples included bury (fortified place), ford (river crossing) and stowe (meeting place.) We were able to find examples of Anglo-Saxons towns that still exist.

Year 9 then used their knowledge to match some names of Anglo-Saxon towns with their meaning. An example was Oxford. We know that ford is a river crossing, and so Oxford must mean a place where your ox can cross the river.