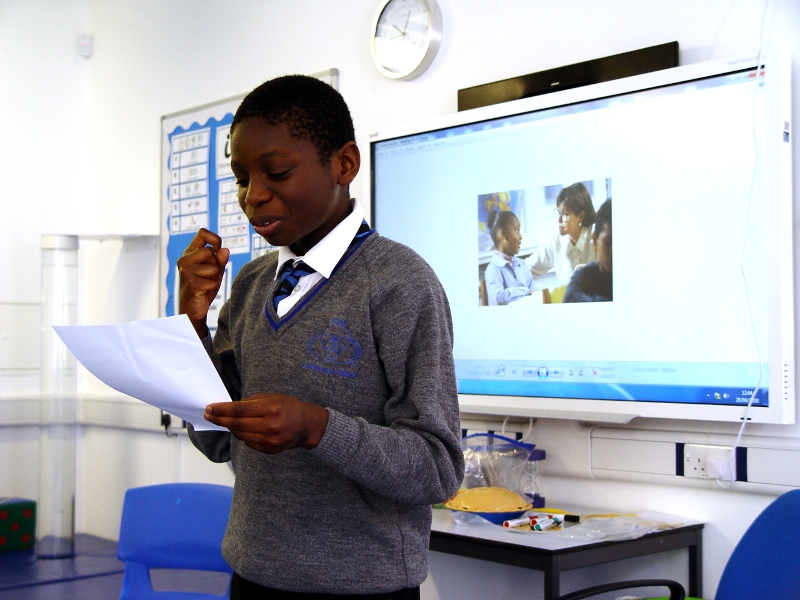 Year 8 have been drawing upon their Easter holiday experiences during first drama sessions for the summer term. The aim was to improve verbal skills by asking each student to address the class and answer some set questions.

Where did you go during the holidays?

What did you do?

Did you have a good time?

Did you eat any special food?

Are you happy to be back at school?

This was a two way process with another class friend asking the questions. We heard a selection of very different answers.

The next activity involved the Year 8 students using their imagination to create a script. We spoke first about what makes a script different to other forms of writing. One of the class members suggested that it contains instructions for characters.

The pupils were shown a picture on the class whiteboard. It featured a teacher talking to a young girl. No other information was available.

The task for the Year 8 students was to write a simple script using the picture as the starting point. These were then shared with our class friends with some confident reading from the front of the class. 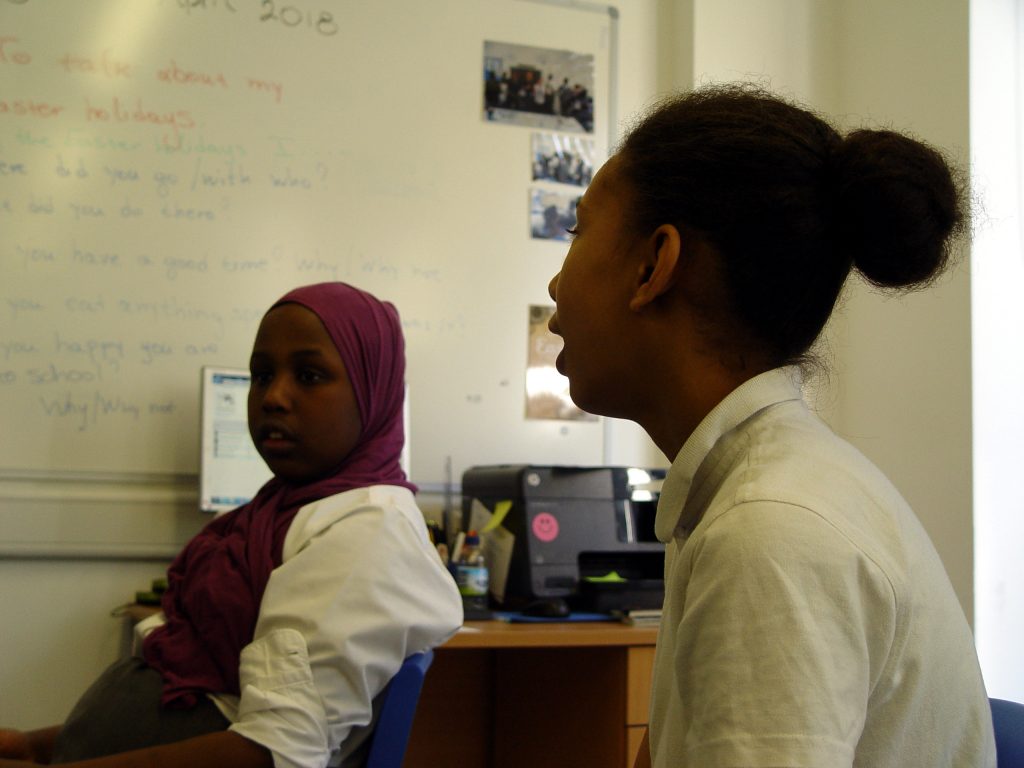 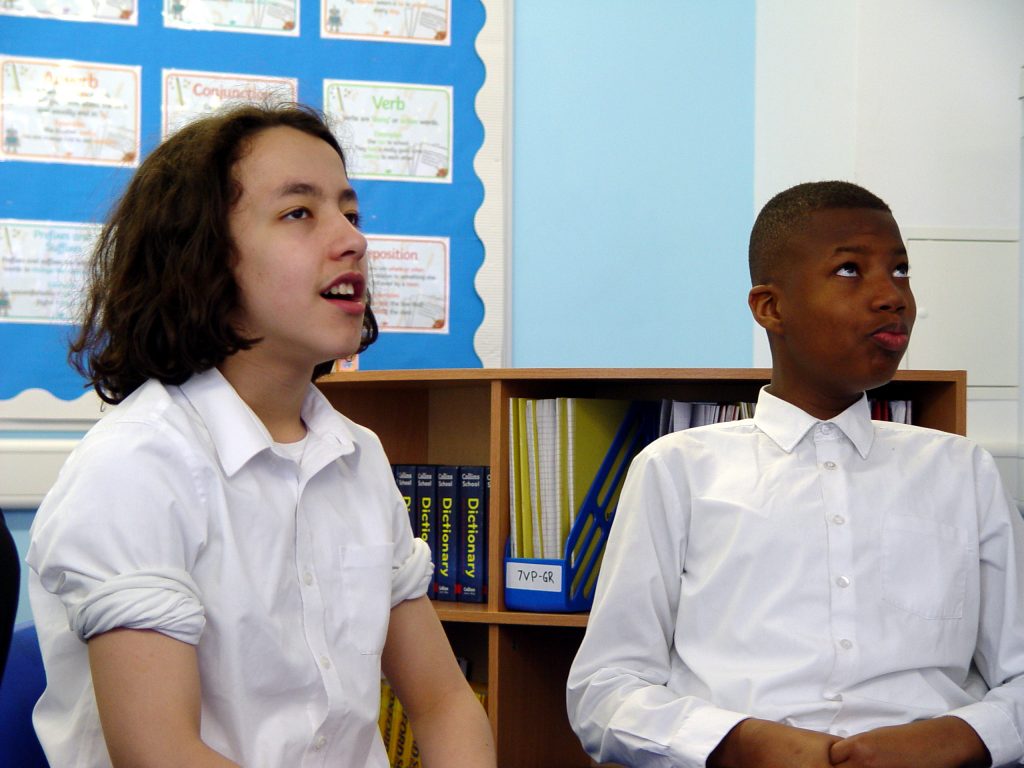 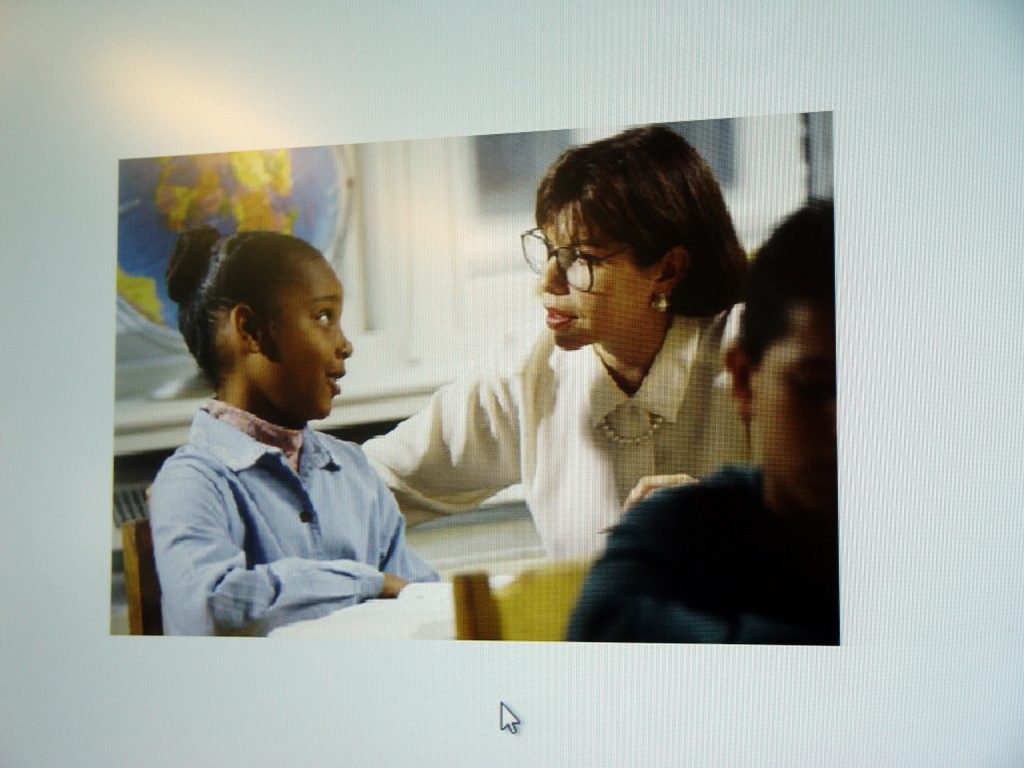 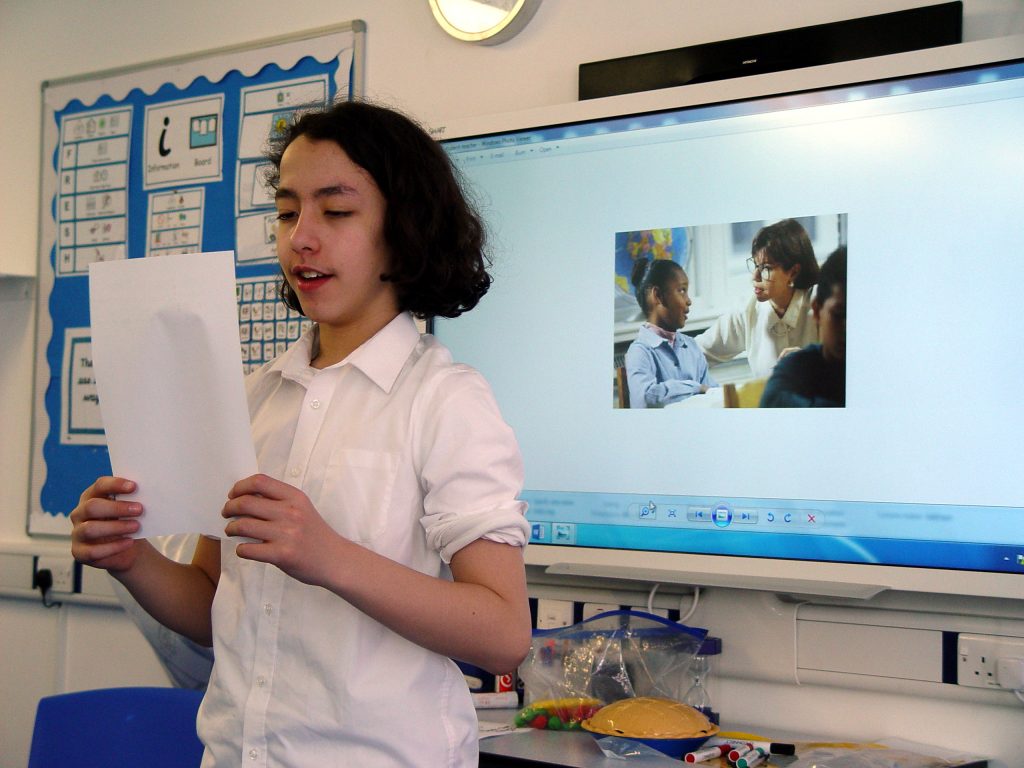 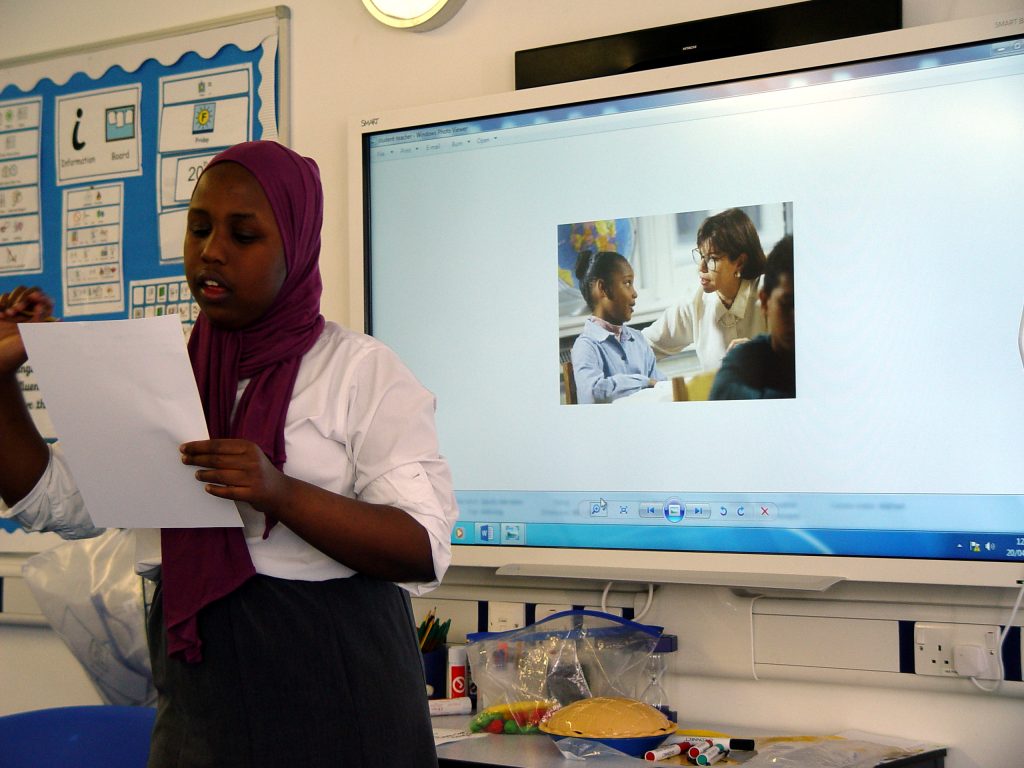 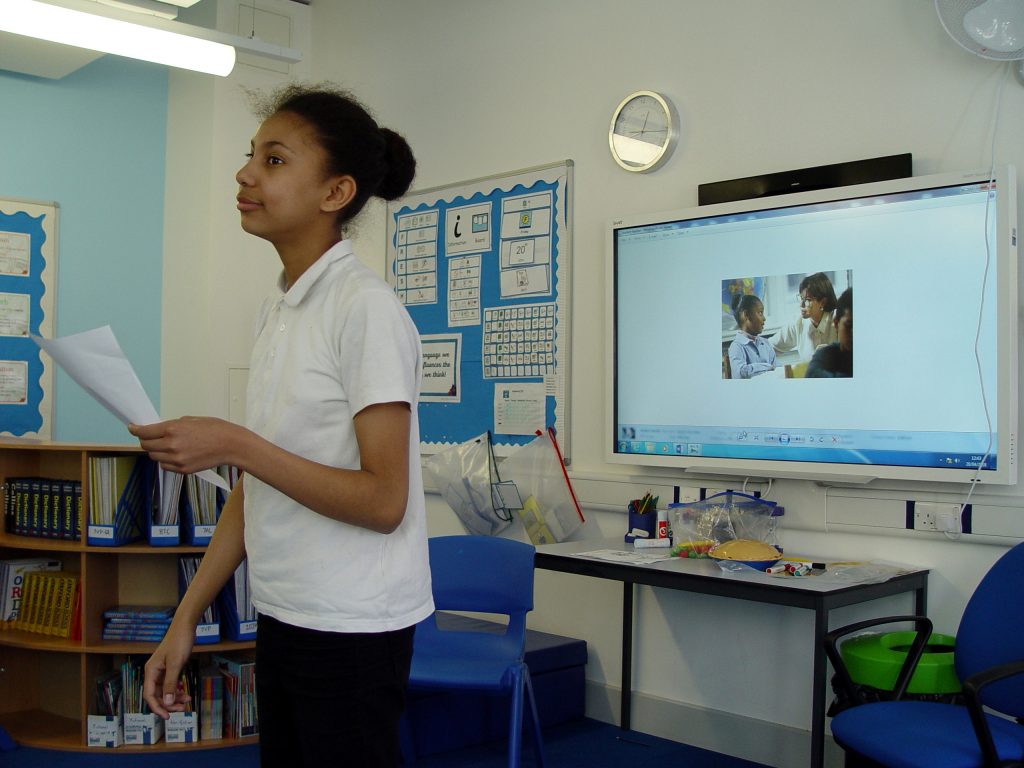 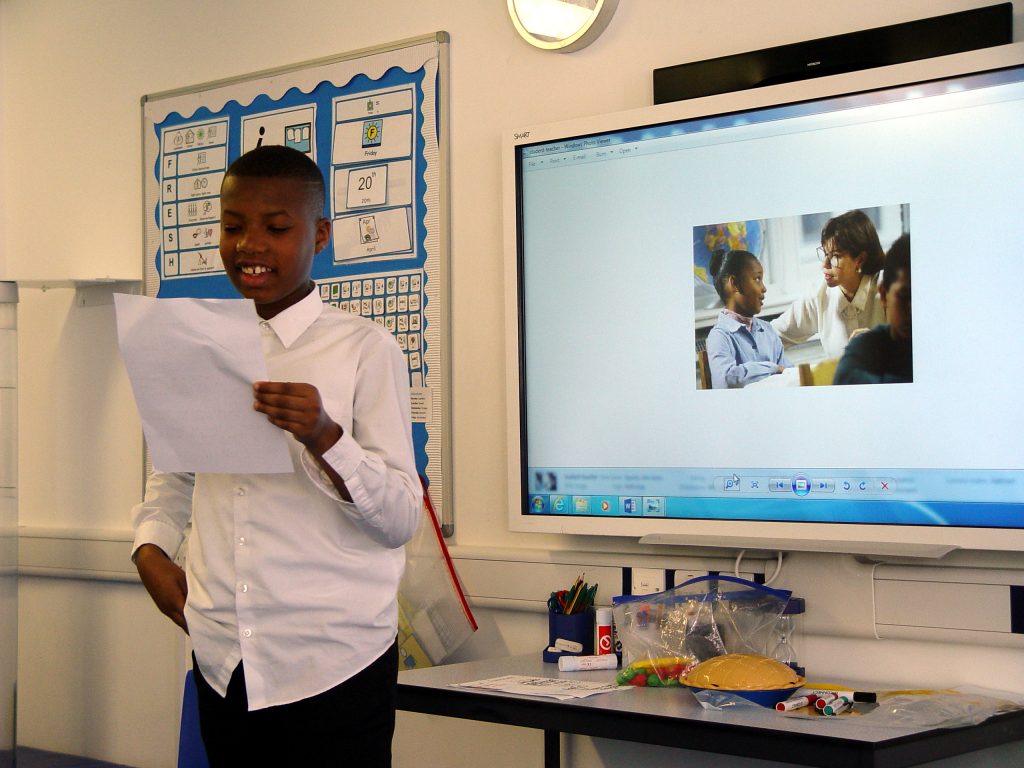