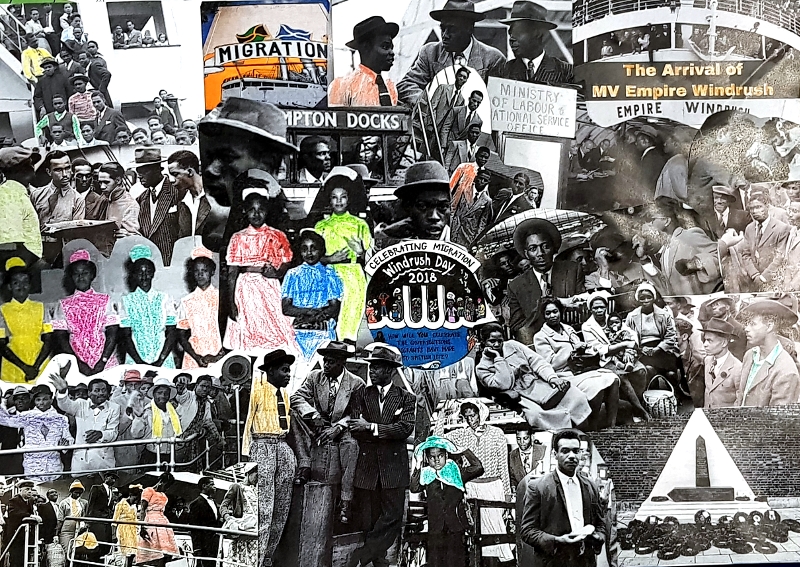 Class 8G staged a wonderful end of term assembly themed around the Windrush generation. This was to celebrate the 70th anniversary since the first UK nationals from the Caribbean settled in this country.

Each class member took part in the assembly. We have been researching our topic during class tutorial time.

The assembly made a strong link with the local area. We explained how Brixton welcomed the Windrush generation and how they have played an important role in our community ever since.

A video was prepared by the Class 8G pupils. This showed some powerful photos from the era, as well as some of the Calypso music from the time.

Artwork from the students was also displayed. The above collage is a fantastic effort by Class 8G pupil River.