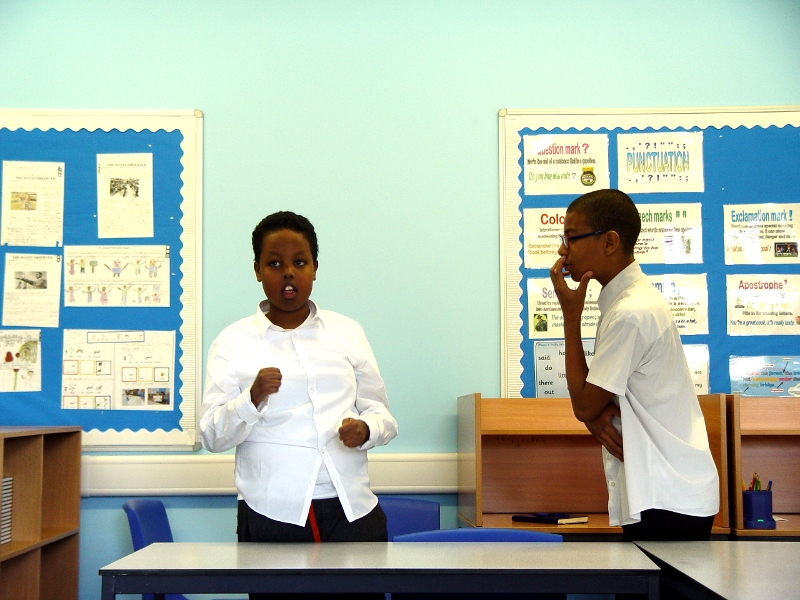 Year 9 have been preparing for a great adventure during our early drama lessons for the new school term. Drama teacher Miss Anderson has been helping the pupils to brainstorm their own drama play.

We started off by thinking about which situations might involve a sense of adventure. We decided to set up the plot of a plane crash on a desert island. The passengers are then rescued by a mystery boat.

Characters were then formed. Each class member volunteered for a role. We acted out the scene to see where the plot might take us. It had many twists and turns as some of the motivations of the mystery ship crew were questioned.

This work is all about using the imagination of the pupils and helping them to work together as a team. It also helped the Year 9 pupils to think about the structure that we need for our drama and English work, with a start, middle and ending to our stories.