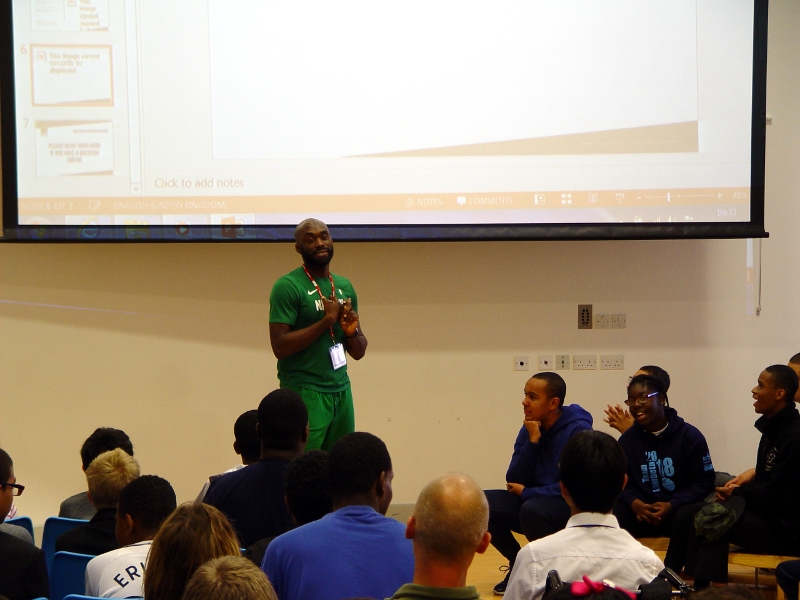 Head of School Mr Jukes welcomed a very special guest to Lansdowne during a recent school assembly. We were thrilled to have the athlete Ezekiel Ewulo visiting us for the morning.

Ezekiel is a long jumper that has represented Team GB and Nigeria in various competitions. His visit at Lansdowne was part of the Sport for Champions project. This helps pupils to be motivated for sport, as well as raising money for the school and to help Ezekiel’s career.

A superb presentation was given by Ezekiel to the students. He spoke about his athletic career to date, the strict diet that he sticks to and his daily training schedule.

We heard how Ezekiel was the British long jump indoor champion. His career then led him to represent Nigeria, the home country for his parents. Ezekiel explained how he was proud to have represented his two heritage countries.

Some good advice was given to the students. Ezekiel explained how we should always play by the rules and compete fairly.

A short demonstration of a standing long jump took place. Students and staff members received a little coaching from Ezekiel.

Questions and Answers from the pupils followed. Mr Jukes praised the students for asking such great questions.

The assembly finished with Ezekiel presenting the Star Class of the Week trophy to Class 12CM. Mr Jukes said that this was the most entertaining school assembly that we have ever had! 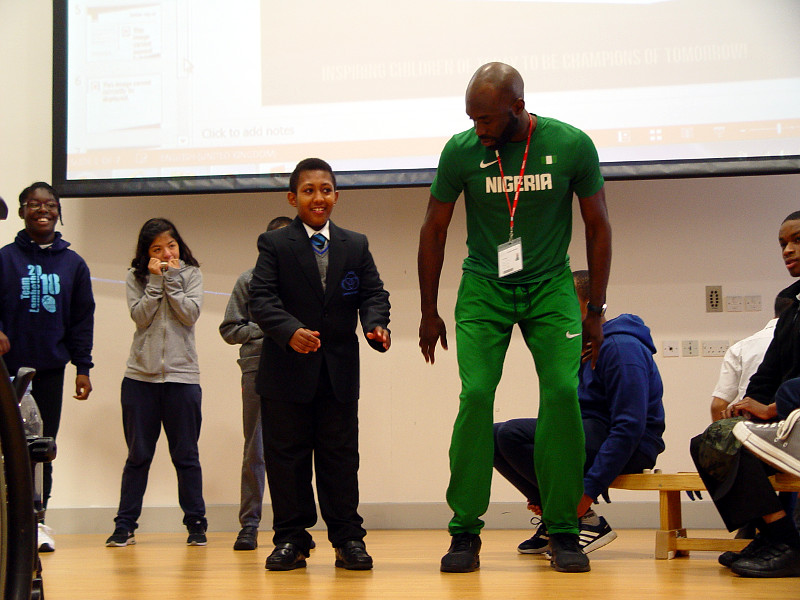 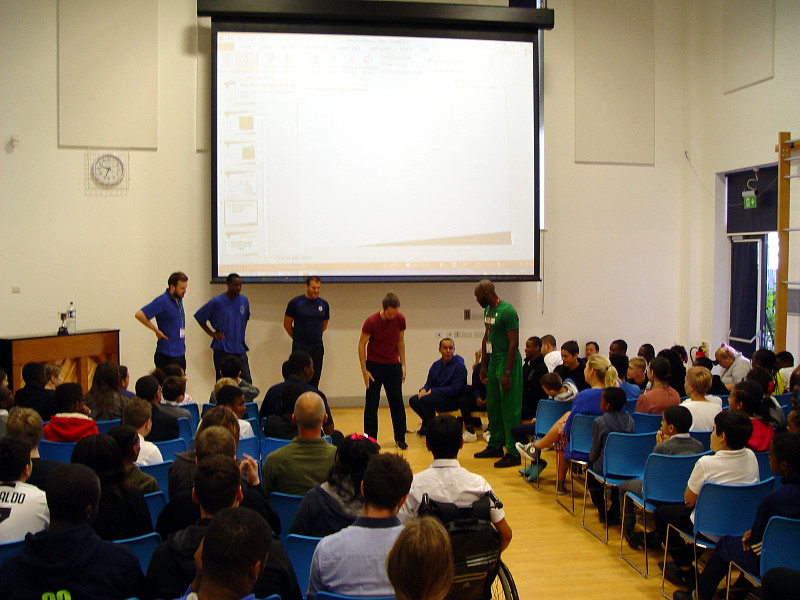 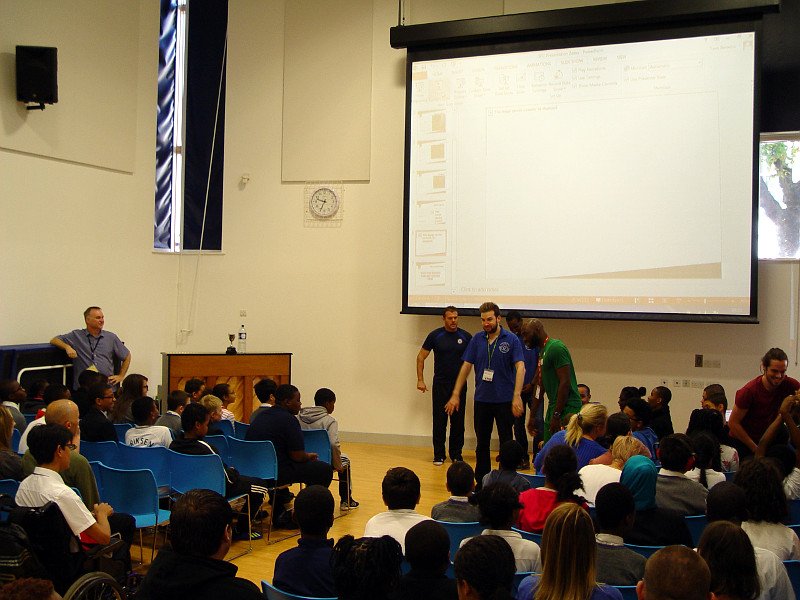