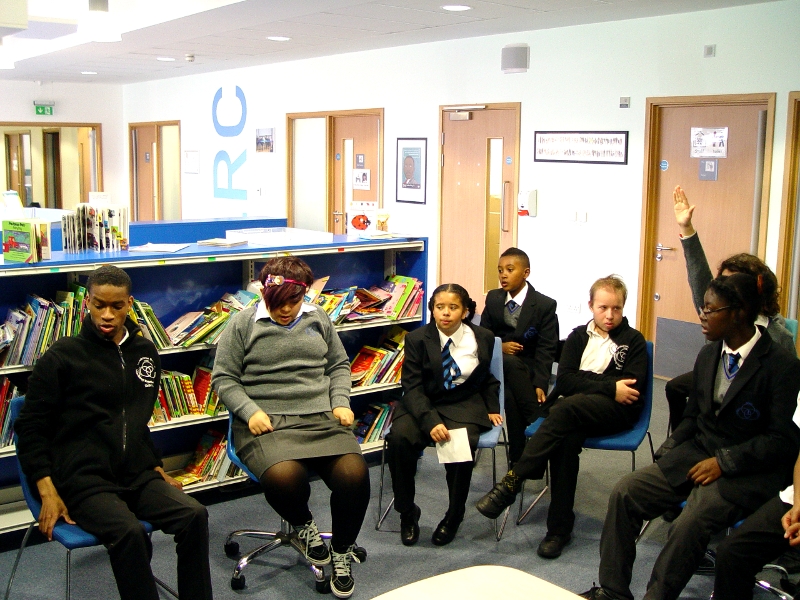 A recent Lansdowne School Council meeting had a lengthy agenda with some amazing ideas coming from each Councillor. Each week the Council meets with Head of School Mr Jukes. The Cllr’s put forward any suggestions that have come from their class friends.

The meeting started with feedback on the recent Sports for Champions event. This was extremely positive from the pupils. Mr Jukes confirmed that £800 was raised to share between our school and the athlete Ezekiel Ewolu.

Next up was the sports facilities in the playground. A continued request from some of the Cllr’s is to improve the netting around the sports pitch. Council also considered buying some different goal posts.

One idea was to appoint two dedicated football captains for our playtime football games. Mr Jukes explained that the role of the referee that we now have in place is important to help organise the teams.

One of the younger Cllr’s then put forward the idea for the school to buy some copies of the new Diary of a Wimpy Kid book. This is always a very popular story to read around the school.

Some feedback was then offered on the new Rock Band after school club. Each Thursday music teacher Mr Gratton kindly volunteers his time to help teach the students some new skills. The Rock Band is looking forward to making a debut in a future school assembly.

A very ambitious request then came for the school to build a swimming pool. Mr Jukes talked about some of the costs that would be involved. Students currently have the chance to swim at Brixton Rec with different classes rotating.

Other Cllr requests included trips to local city farms, lockers for the sixth form students and an art competition with the theme of mythical creatures.

Dates for the next football competition were then considered. School Council came to a close with the suggestion of a playground obstacle course. This is something that PE teachers Mr Lee and Mr Paine currently teach during their lessons.