The Lansdowne School Choir performed a new song for the first time during our recent Singing and Signing assembly. Choir Leader Mr Gratton has been helping the Choir to learn the words and signs for Queen’s We Will Rock You.

Our friends in the assembly were told that this was a great song to join in with. Hand claps and feet stamps were added to the singing and signing from the Choir members.

Our second song was Van Halen’s Jump. This is one of the songs that the new After School Rock Club have been learning. They are almost ready to perform in public for the first time.

Head of School Mr Jukes handed out the Stars of the Week certificates. Kindness awards were presented for acts including sharing food, helping in food tech and looking after the younger pupils in the playground.

The Class of the Week trophy was handed over to Class 8AP. Mr Jukes explained that it had been a close contest with many of the classes having an outstanding week.

The assembly then heard how the Head and Deputy Head Boys and Girls will be visiting our friends at Brixton Soup Kitchen next week. This is to handover a cheque for over £200. The money was raised during the Wear Your Own Clothes Day at the end of term.

Finally Mr Jukes reminded all students about firework safety for the weekend. We finished the assembly by singing happy birthday to family and friends who are celebrating. 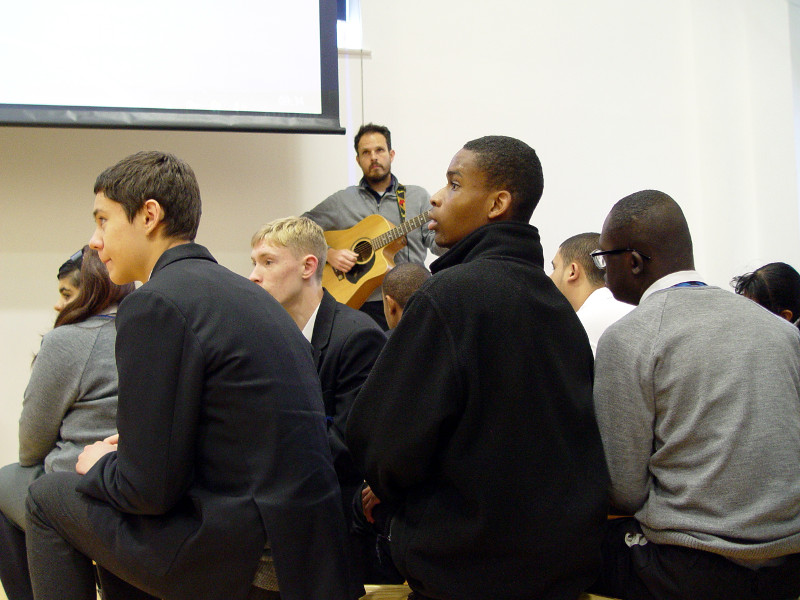