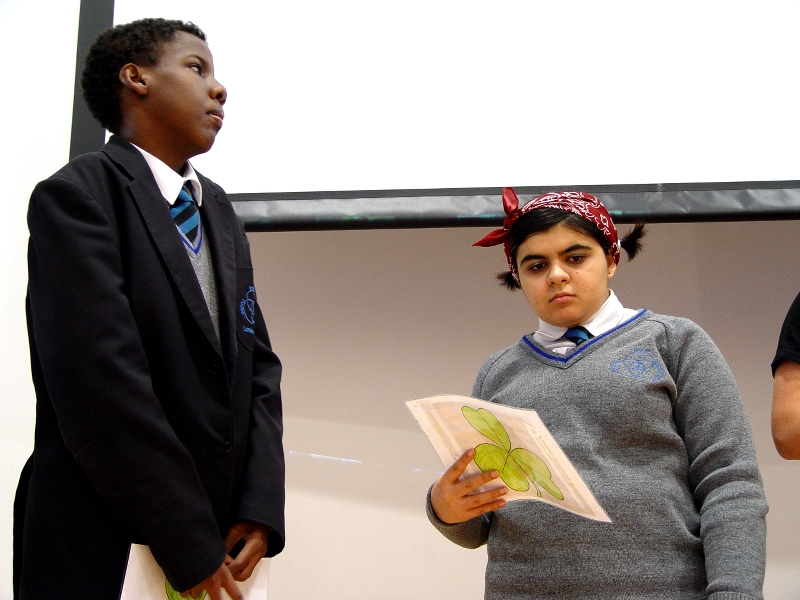 Class 10SM presented a St Patrick’s Day assembly ahead of the celebrations on 17th March. Each class member had a speaking part. The assembly heard some confident readers using the school microphone.

The students have researched the background to St Patrick’s Day during class tutorial time. Our assembly explained who St Patrick is, and why he is important to Irish people.

The pupils mentioned that St Patrick introduced Christianity to Ireland. We looked at some of the traditions associated with the special day. These include going to Church, wearing green and taking part in a parade.

Our assembly also explained the symbolism of the Irish shamrock. We told our friends that the three leaves represent the Holy Trinity.

Head of School Mr Jukes thanked Class 10SM for their assembly, adding that he had learnt some new facts about St Patrick’s Day. 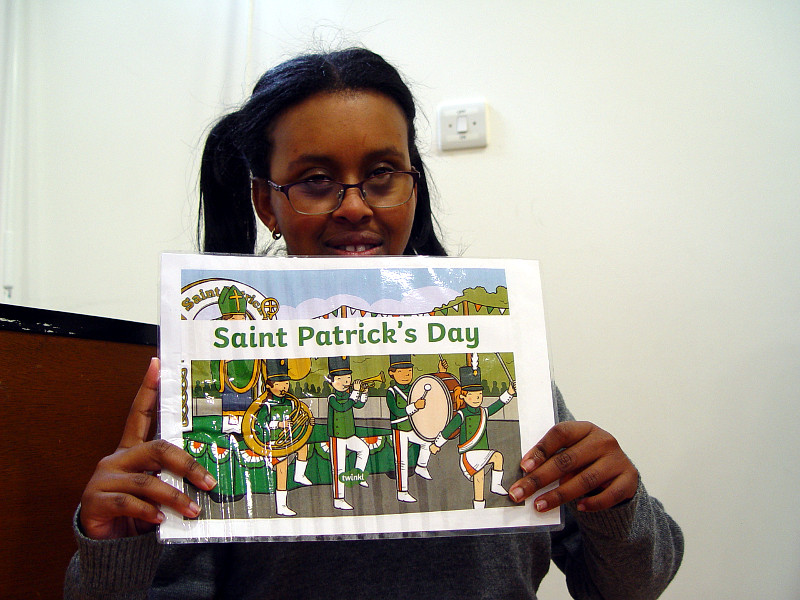 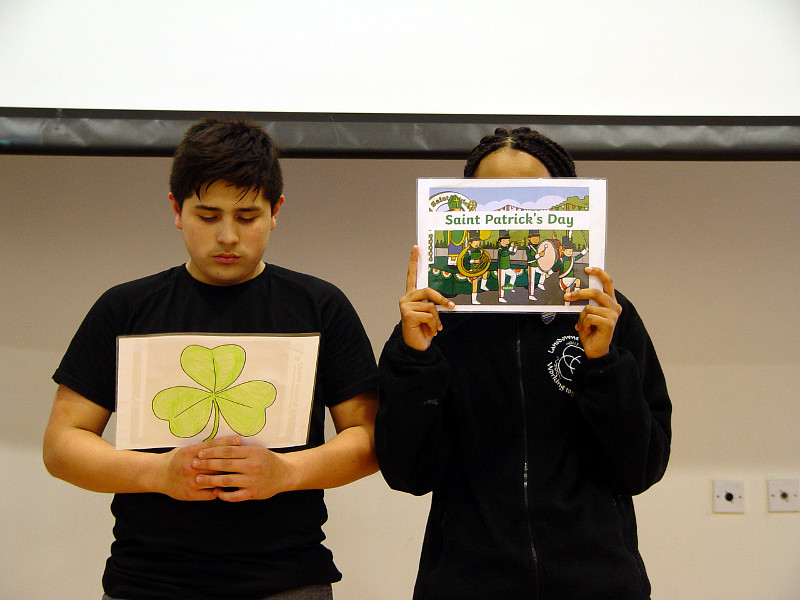 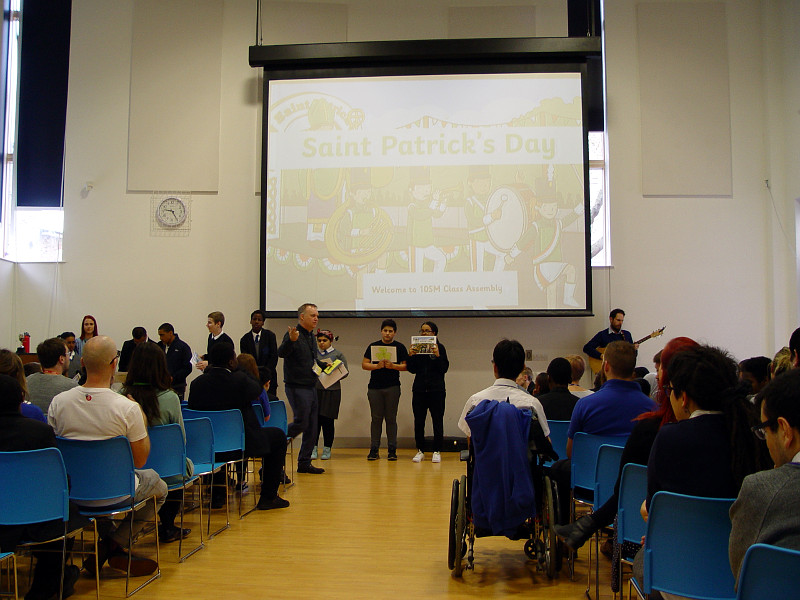