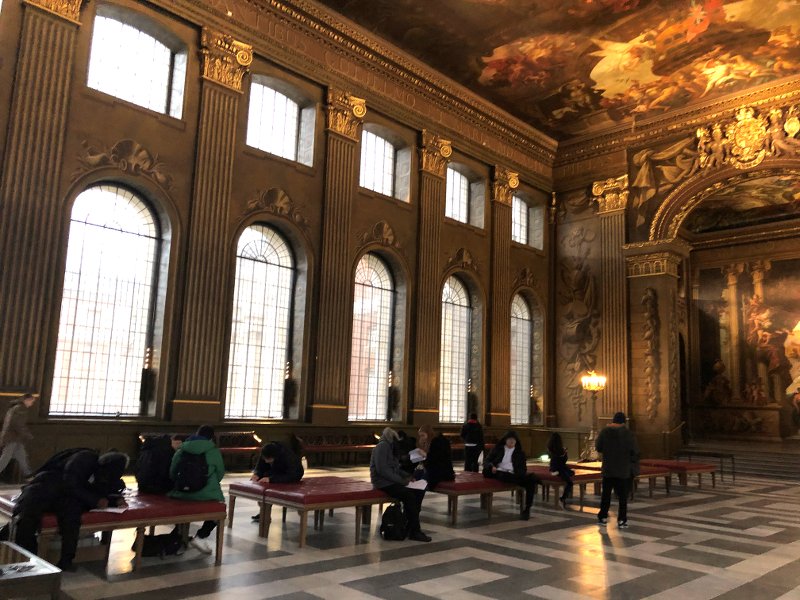 The students who work on Level 4 and 5 in Maths recently attended a trip to Greenwich where they participated in a Maths activity. We visited the Painted Hall which is one of the most spectacular baroque interiors in Europe.

After admiring the exceptional ceiling painting we had a discussion about the history of the building and we stated important facts about it. Later the students had to orient themselves in the hall and answer specific question regarding the points of a compass.

In addition to this, they estimated the dimensions of the lower hall and calculated its perimeter and area. The day continued with everyone visiting the Maritime museum and the Cutty Sark.