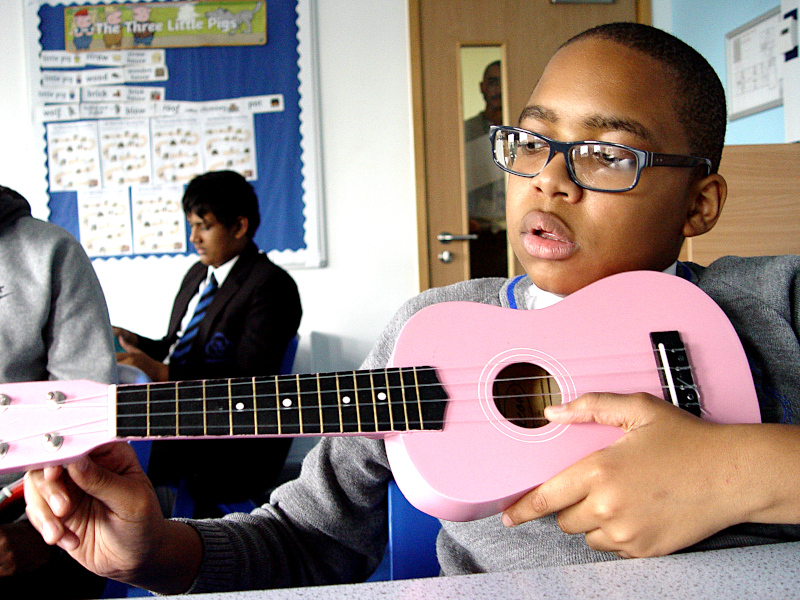 The Year 9 pupils enjoyed many activities as part of their first music lesson of the new school year. We started with a welcome song from our music teacher Miss Kirstie. The pupils were asked if they recognised this song. Some of them were able to identify that the song as Good Night.

Miss Kirstie showed the Year 9 pupils a map. They were able to identify the country of Brazil. A Brazilian Samba rhythm song followed. Each class member was able to choose a percussion instrument. They copied the sound pattern from Miss Kirstie, and focused on the instructions of when to start and when to stop playing. 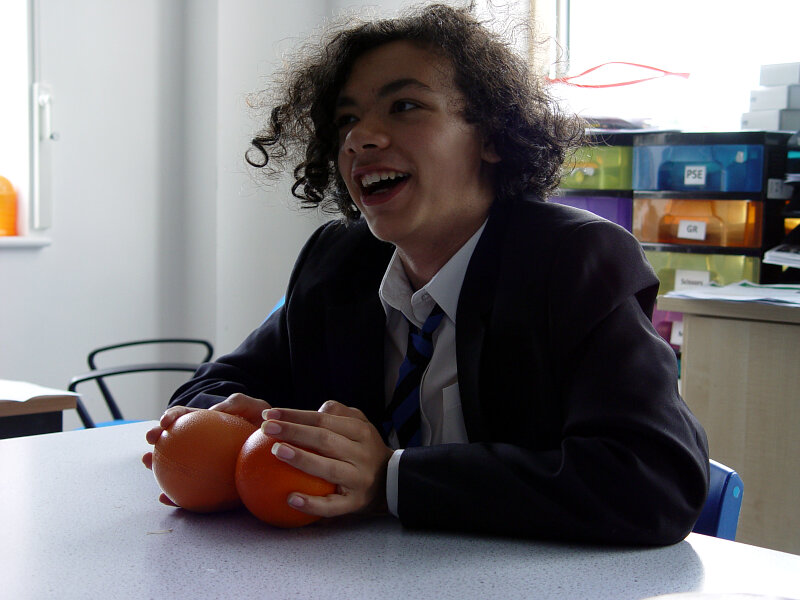 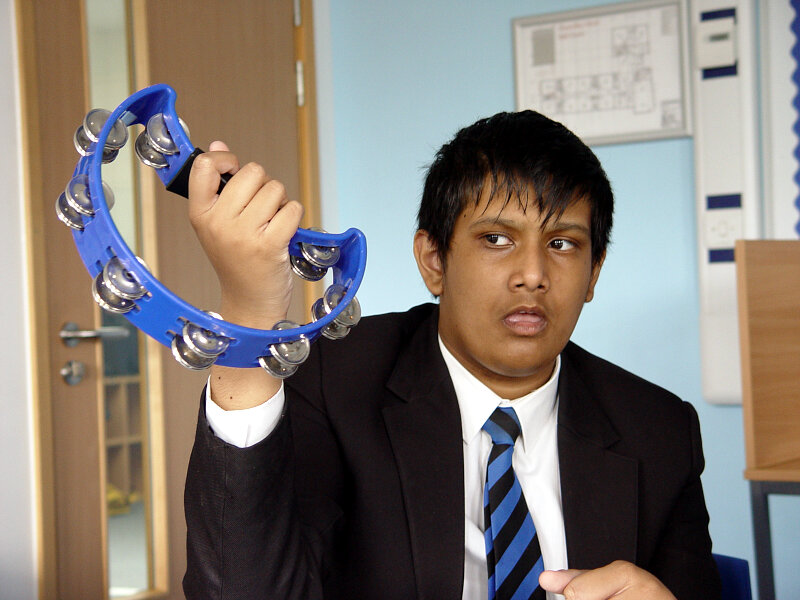 The Djembe drums were then handed out. We were able to find West Africa on our map. Each class member was given assistance in how to hold the drums correctly. These needed to be placed between our knees at an angle facing forward.

Miss Kirstie showed the students the two main the Djembe drum techniques. These are playing a bass sound by hitting the centre of a drum, and then playing a tone sound by using the outer skin.

The pupils followed the drumming pattern played by Miss Kirstie. We then invited class members to think of their own drumming pattern. Our friends then responded by copying this as well. 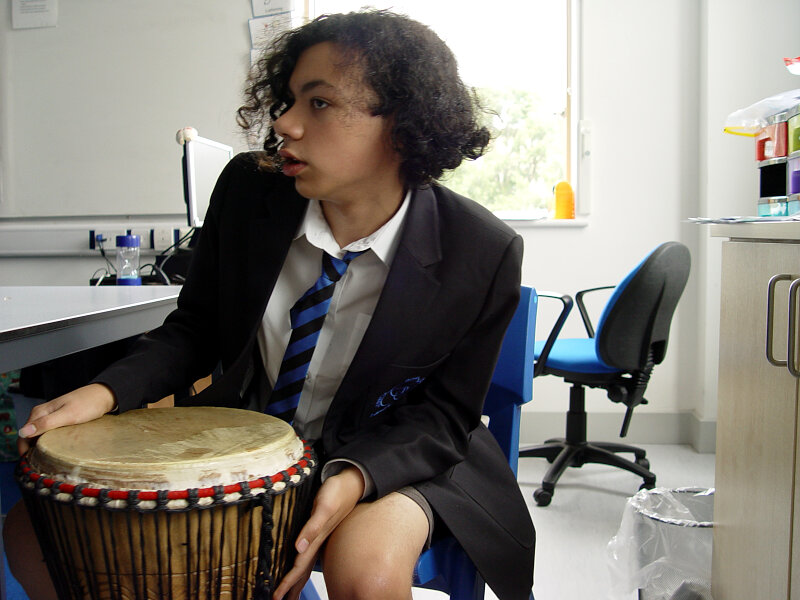 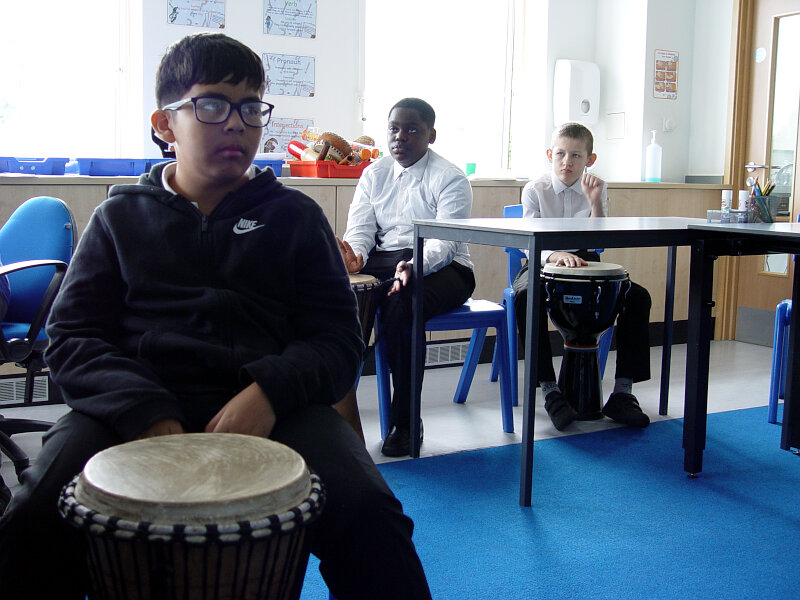 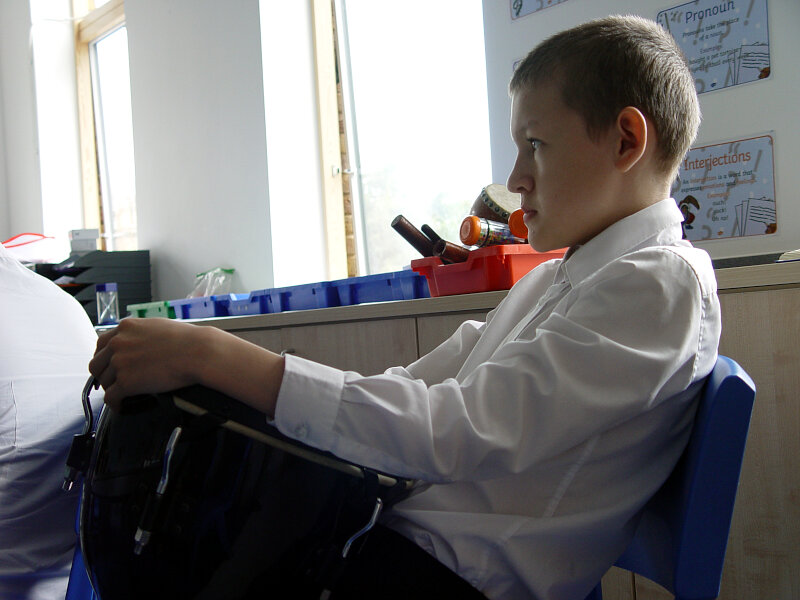 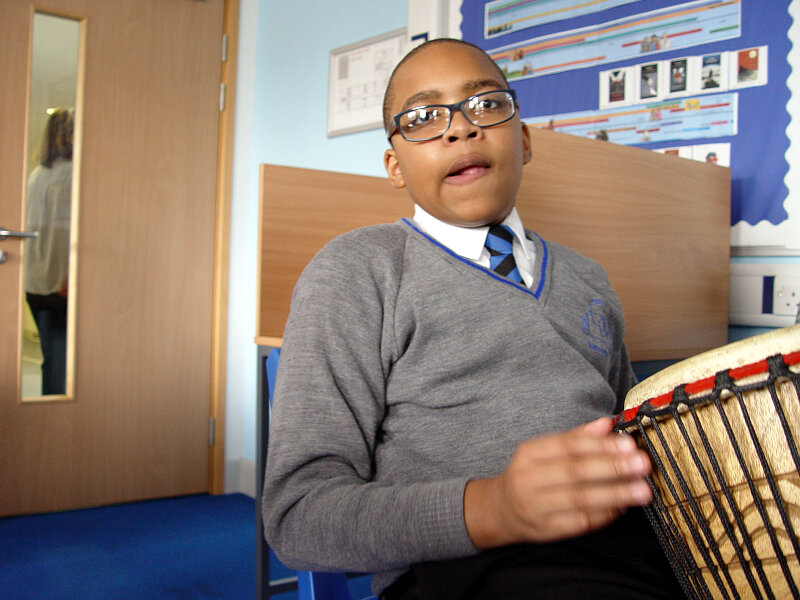 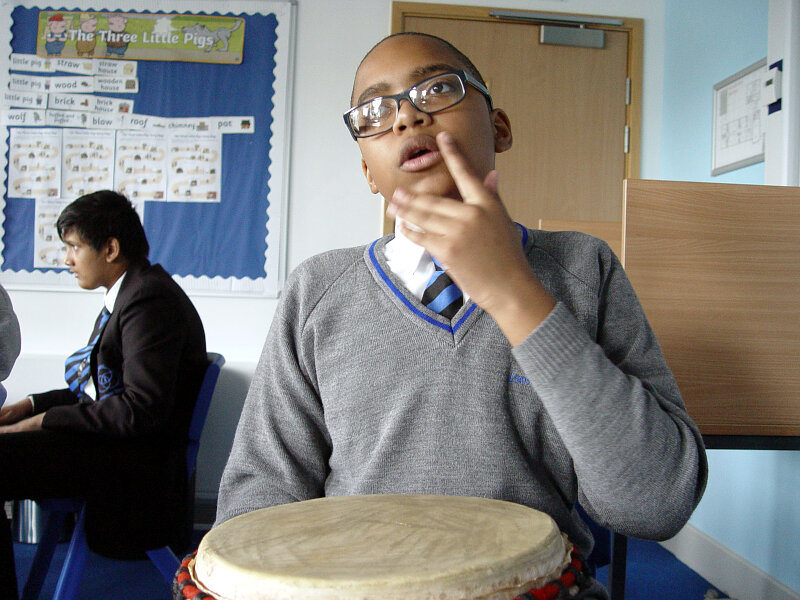 Finally Year 9 were able to have a brief session enjoying the school ukuleles. Miss Kirstie introduced them to a simple cord as a starter. The lesson ended by taking requests for future songs that we might like to learn during our music lessons. 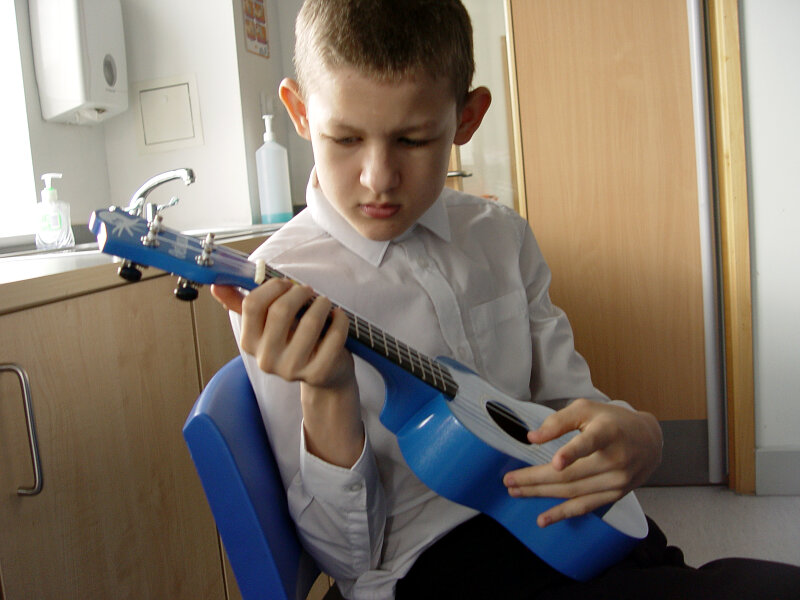 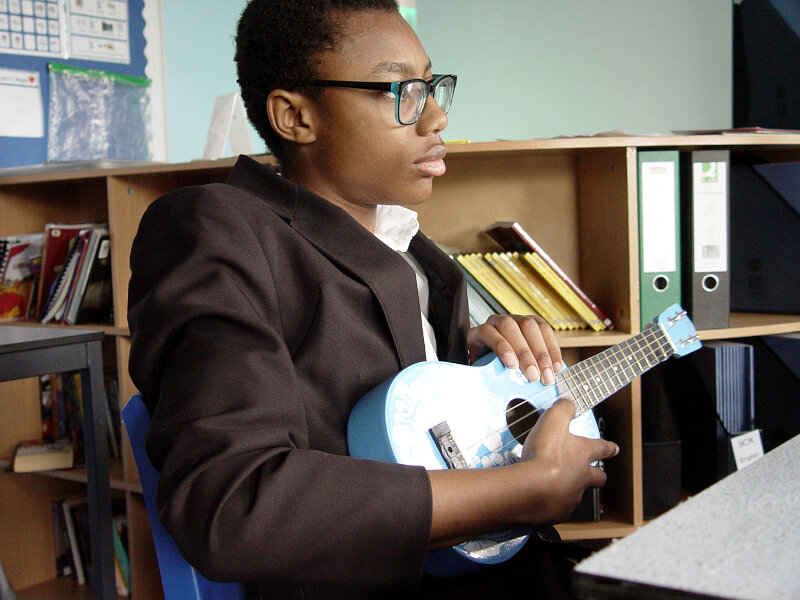 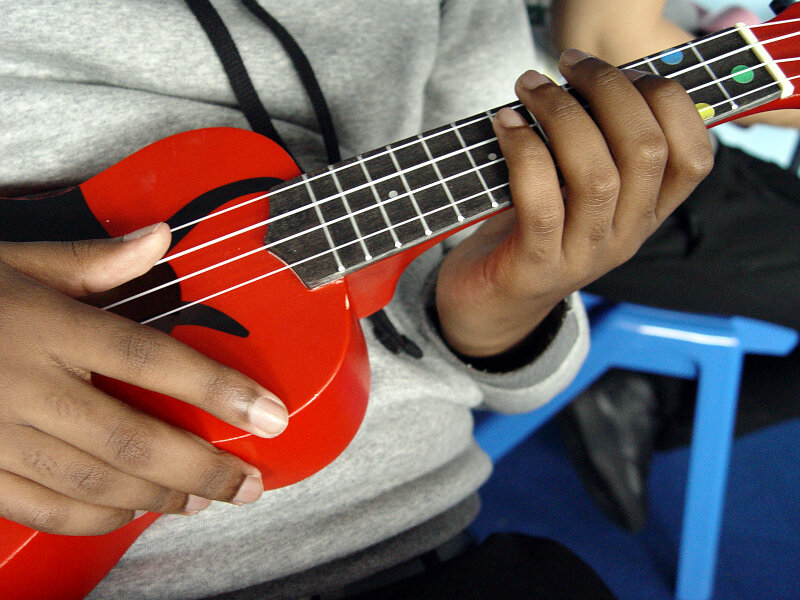