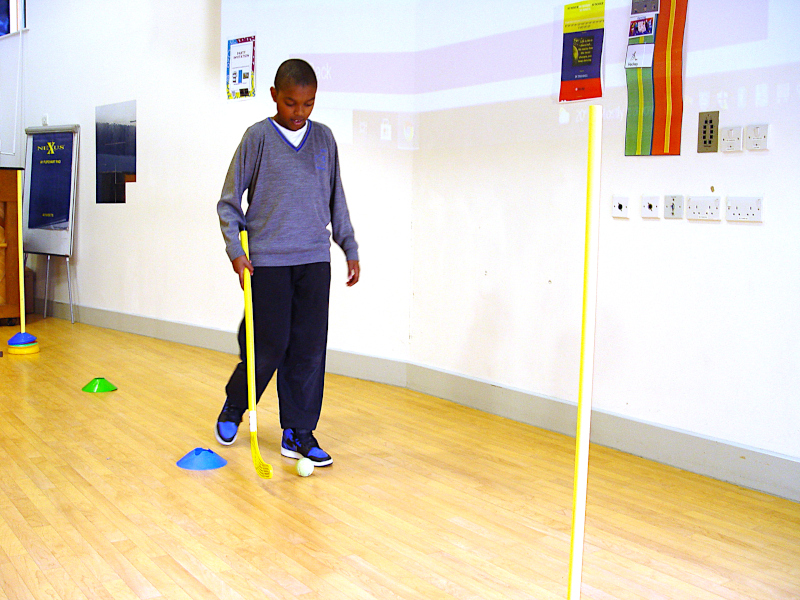 Hockey skills are our current focus for the new term during PE lessons in Year 8. We usually start with some stretching, followed by a brief Wii Dance warmup. The Eye of the Tiger is an early term favourite for the pupils.

It was then time to focus on improving our hockey techniques. Three different workstations were set up in the school gym.

The first task involved dribbling. The Year 8 pupils were asked to move around a series of cones and keep close control of the ball. We found that using both hands on the hockey stick helped us to keep the ball close to us.

A second activity involved two partners passing the ball between each other. The advice was to push the ball with our stick rather than hitting it.

The final hockey technique involved shooting the ball between a pair of cones. Year 8 will work on improving these techniques, and also setting up a friendly game of hockey. 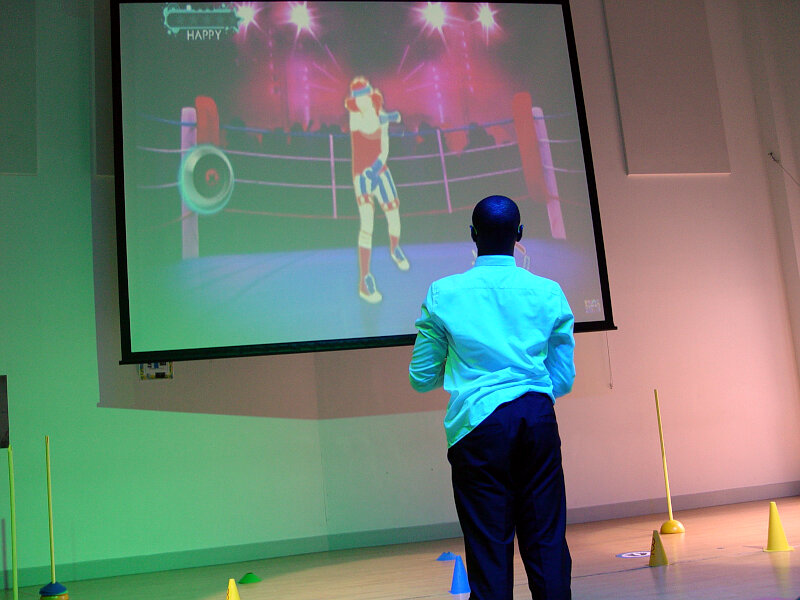 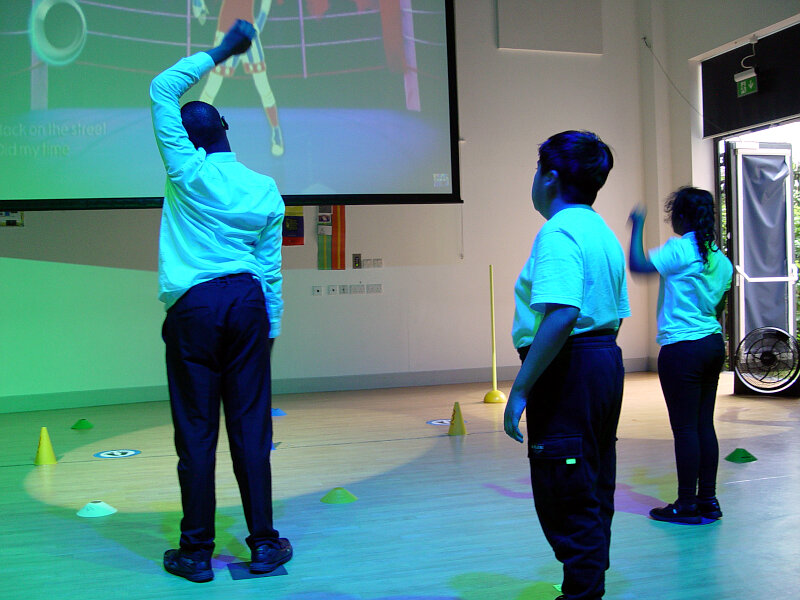 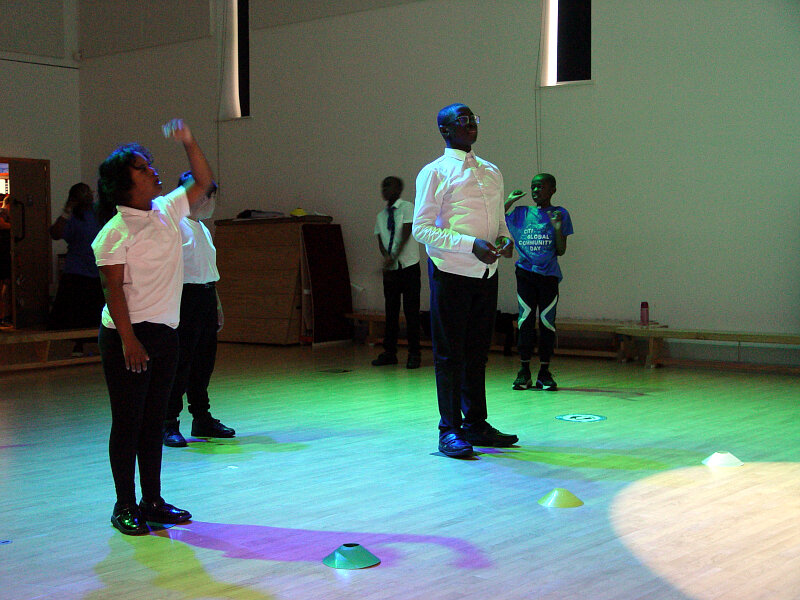 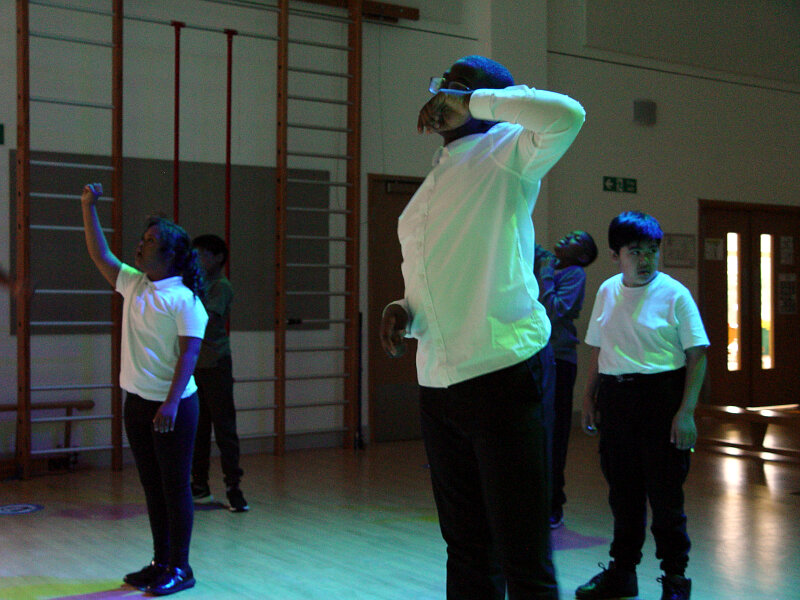 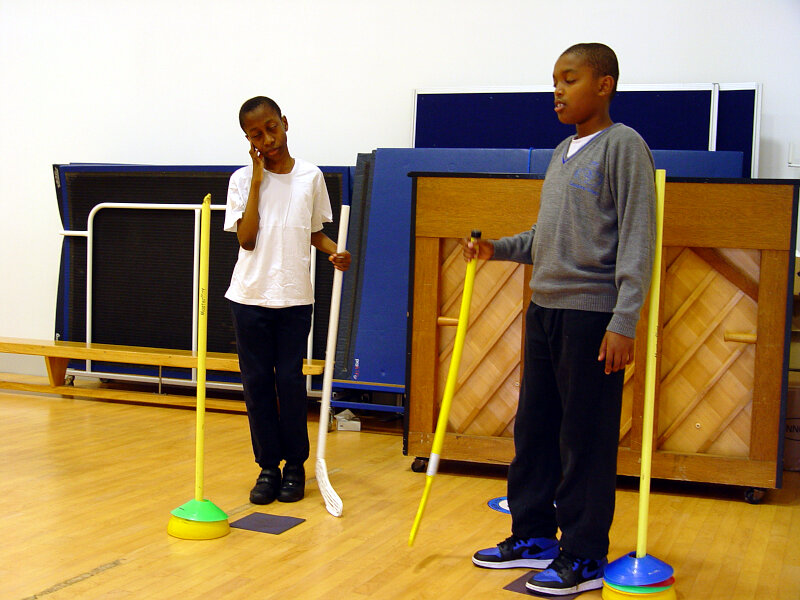 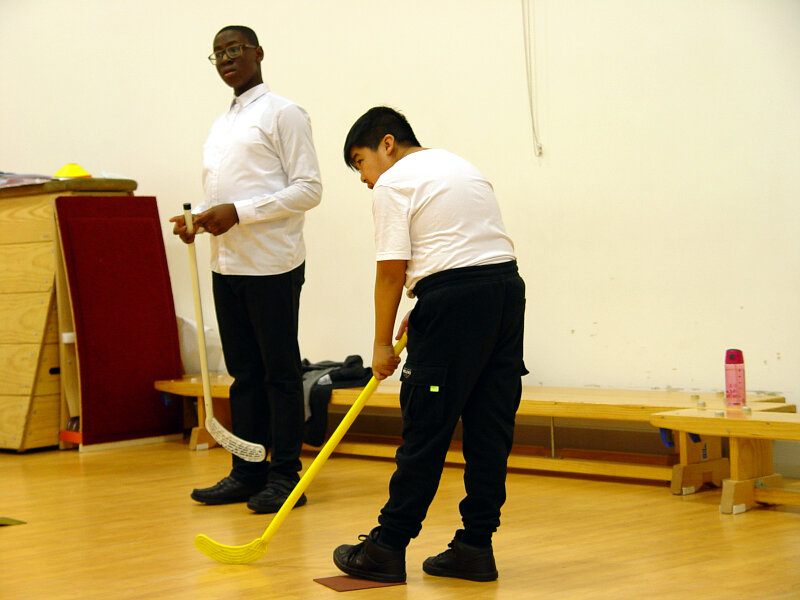 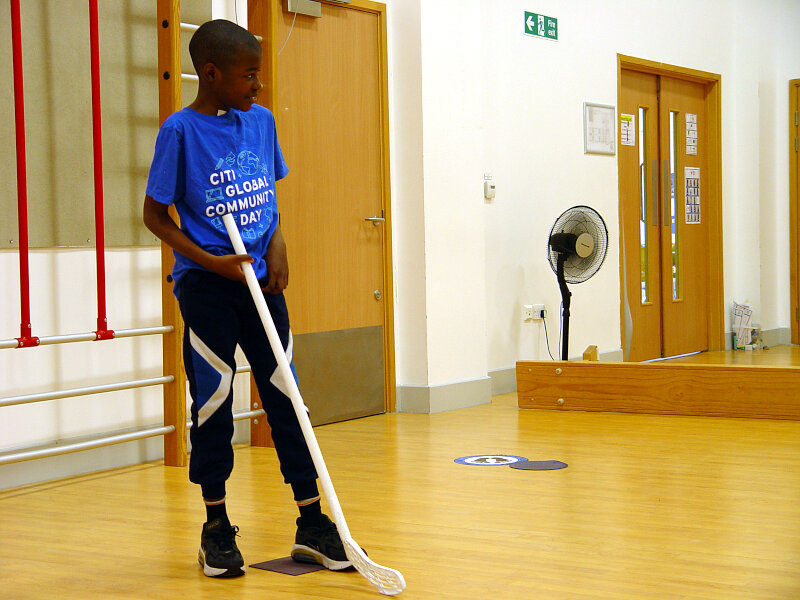 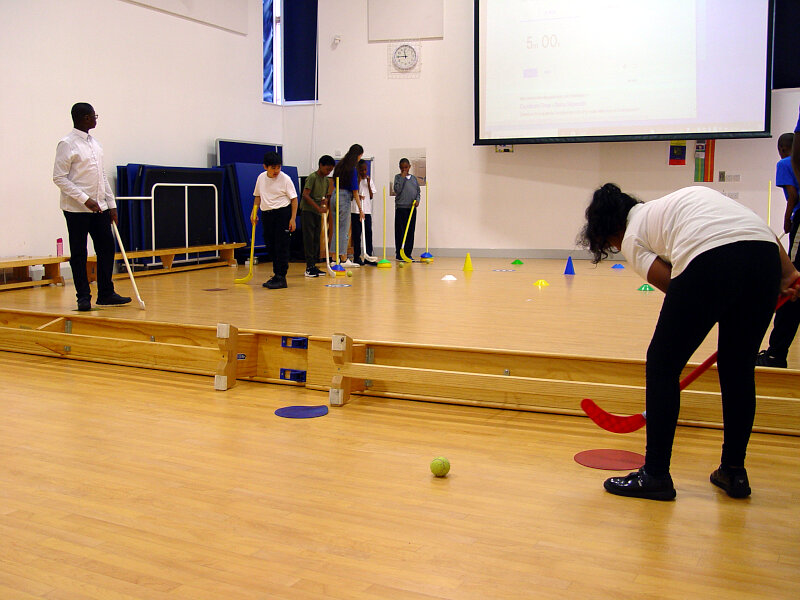 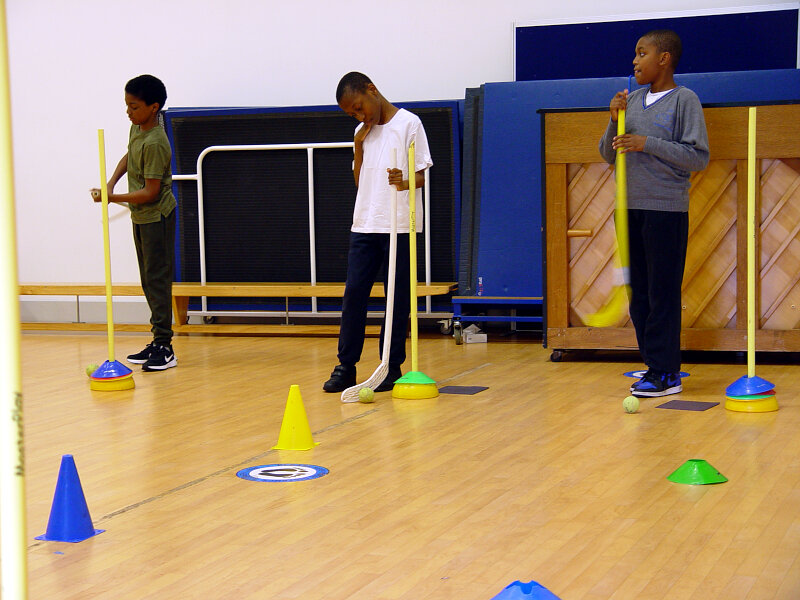 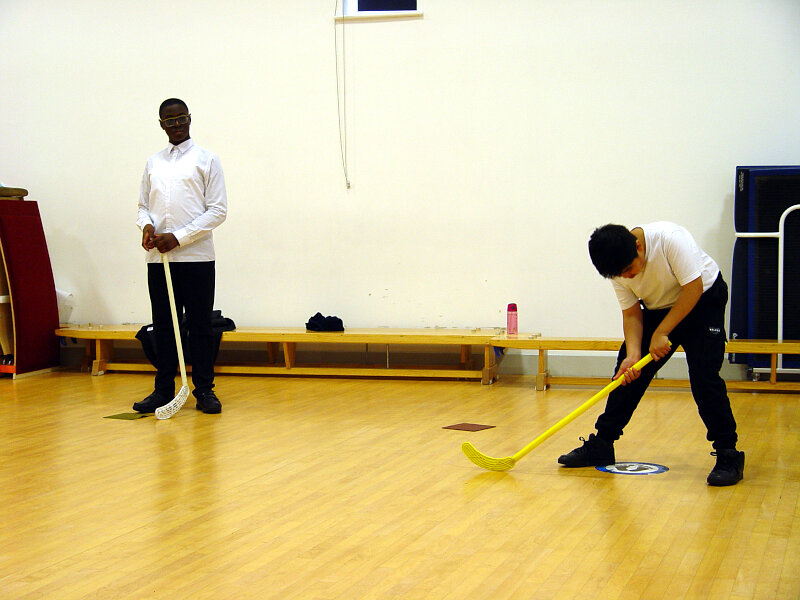 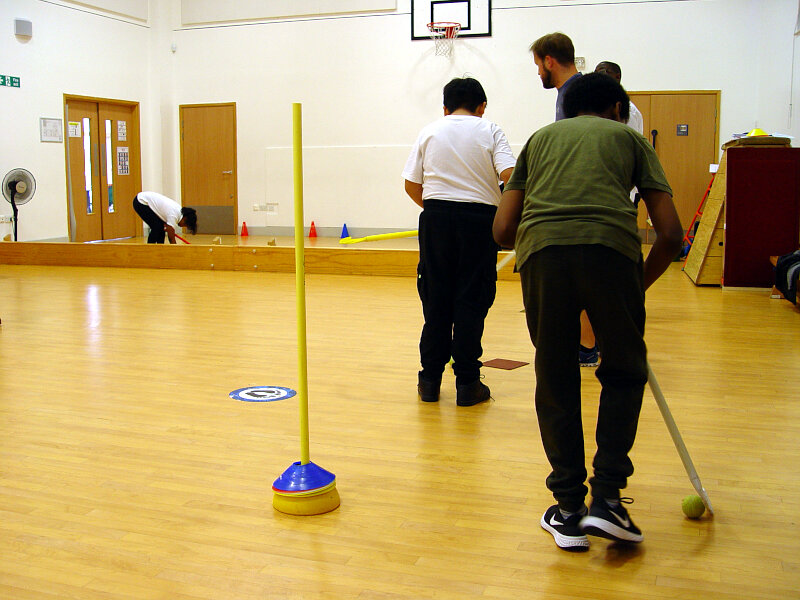 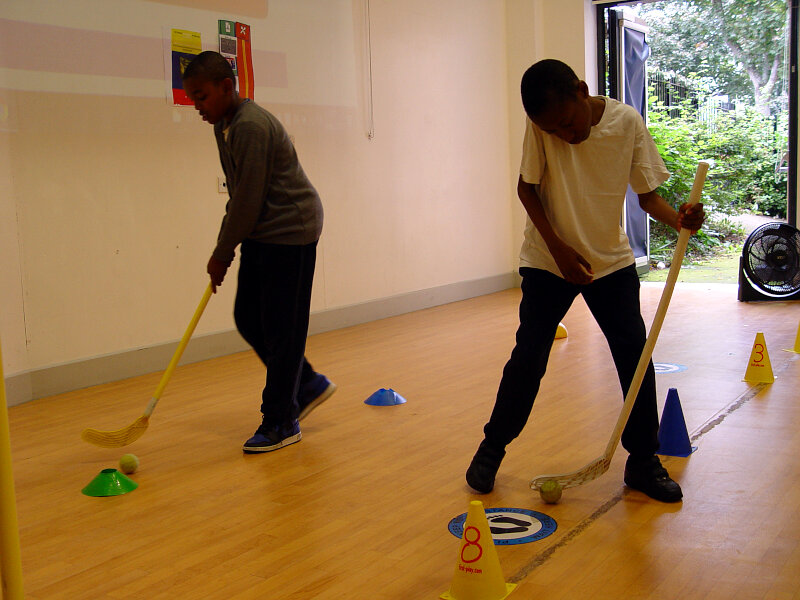 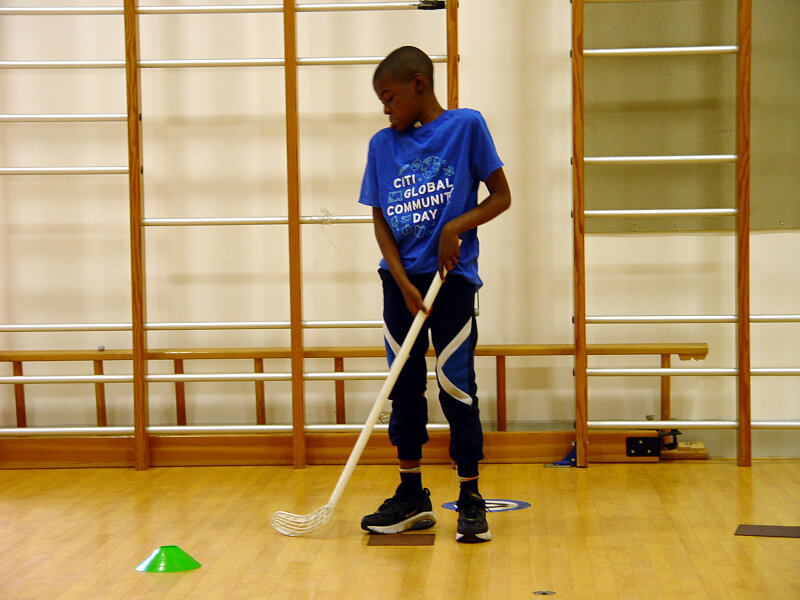 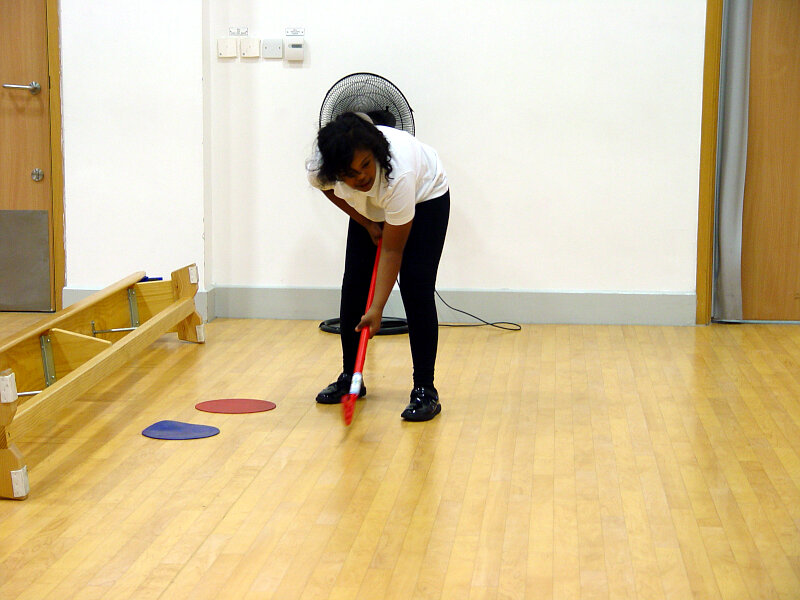 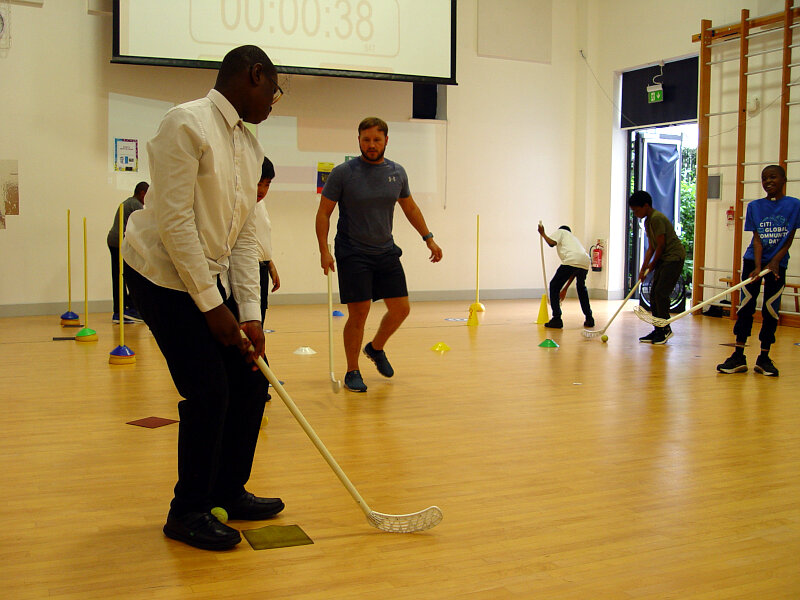