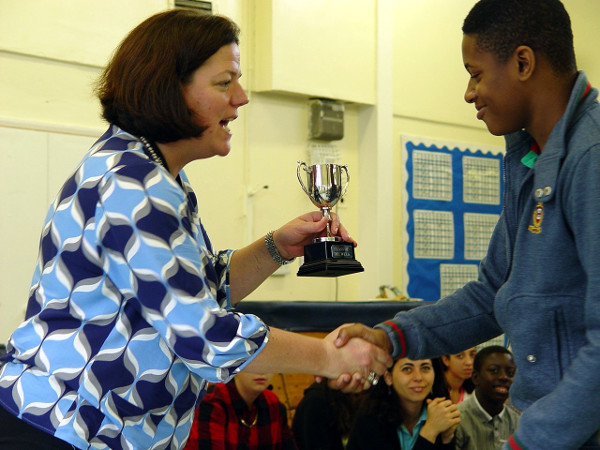 The final Singing and Signing assembly of the school year at Lansdowne School took place with the same level of enthusiasm that we have come to expect over the past three terms. Miss H invited the Lansdowne Choir members to choose the songs that would be performed. Singing in the Rain and Waving Flag emerged as the favourites.

The assembly also welcomed Natalie, a friend of Lansdowne School who has been responsible for helping the students with their gardening projects at the nearby allotments. Pupils from Year 8 and Year 10 have worked on the project over the past year. Produce such as potatoes and tomatoes have been highly successful.

Natalie spoke of the way in which she has seen the students improve their gardening skills over the past year. Some of the pupils didn’t like getting dirty whilst digging at first. Others weren’t too keen on digging up some of the creepy crawlies. This has now changed with plenty of enthusiasm for helping to work on the allotments.

The assembly also heard how Year 8 have worked well in preparing the allotments for Year 10 to then work on. Gardening is a seasonal activity with the produce now just starting to reward the Lansdowne gardeners.

Certificates were then handed out to each student who has been helping out on the gardening project. The pupils were asked to describe some of their favourite activities. Digging was a popular choice.

The weekly assembly then had the individual subject certificates being handed out for all of the hard work that has taken place during the final week of term. It may be the end of the school year but plenty of learning has still been taking place. 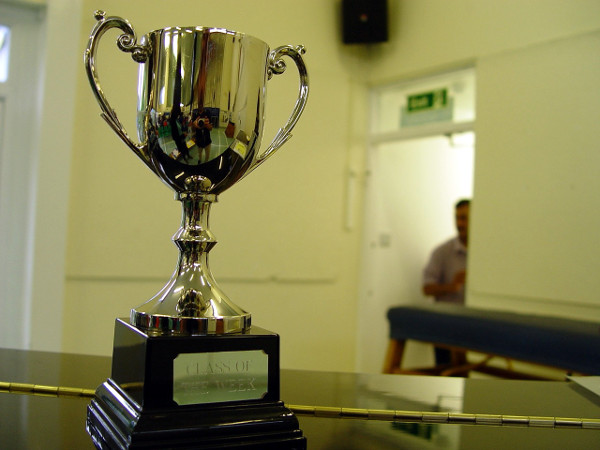 The Star Class of the Week trophy was awarded to Class 9JH with an impressive 90% of attendance and ticks for outstanding behaviour over the past week.

Finally the assembly came to a close with an uplifting singing of Happy Birthday for the many students and staff who will be celebrating their birthdays over the summer holidays. Miss O’Leary wished all pupils a happy and safe holiday, as well as looking forward to welcoming everyone back for more learning in September.